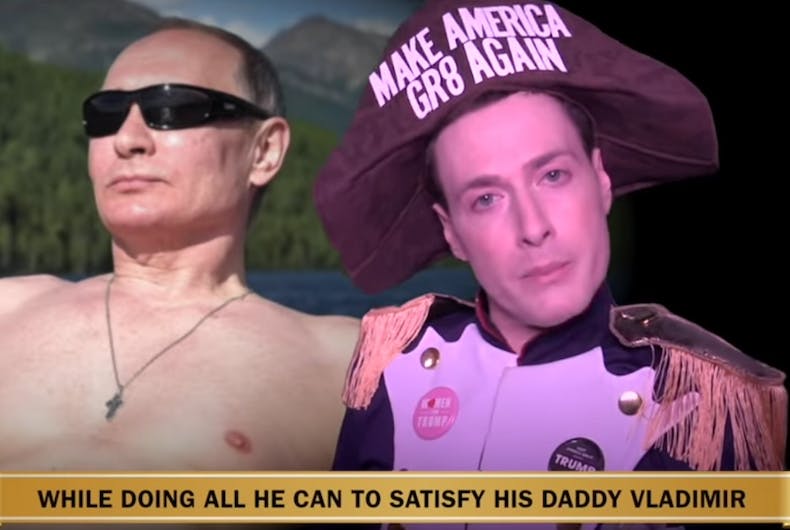 Last week, Trump was asked by a Croatian journalist if he would contradict the answers he was giving once he boarded Air Force One and had access to Twitter. He responded: “Other people do that, I don’t. I’m very consistent. I’m a very stable genius.”

Randy Rainbow took that statement and set it to “I Am The Very Model Of A Modern Major-General” from The Pirates of Penzance.

He escaped Chechnya’s anti-gay violence. Until his father helped police kidnap him.