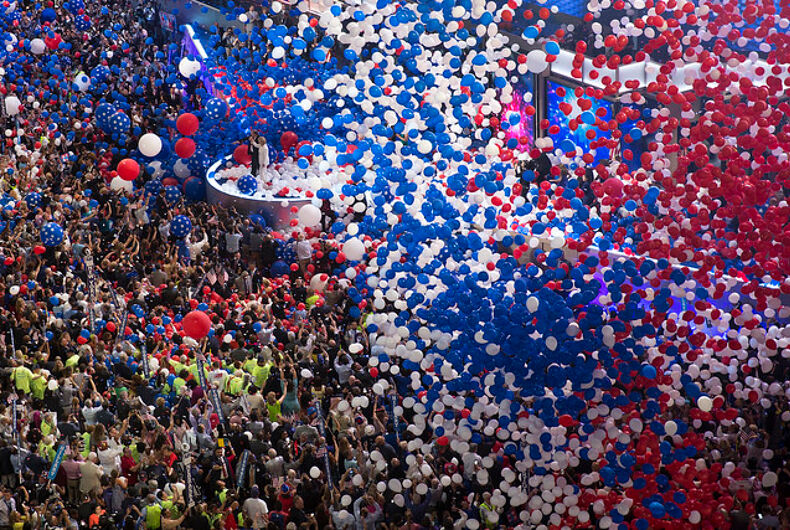 If you had a choice for a vacation, which of these cities would you find the most LGBTQ-friendly: Milwaukee, Houston or Miami Beach?

It’s not an idle question. In the summer of 2020, tens of thousands of people will descend upon one of those cities to attend the Democratic National Convention. Given how dependent the party is on its gay constituents, its choice will say a lot about the kind of campaign it’s expecting to conduct.

Each of the cities has a lot going for it. Miami Beach is probably the obvious choice, for the obvious reasons. Beaches, a vibrant nightlife, a diverse population–Miami Beach is ideal for all the time not spent on the convention floor (and not a lot is).

But Miami Beach is not without its problems. Just last April, a couple was viciously attacked for holding hands at Miami Beach Pride, as was a bystander who tried to intervene. Four men were eventually arrested for the attack and have been charged with a hate crime.

What made the episode even worse was how the police reacted. According to the couple, the responding officers didn’t bother to chase the attackers, even though they were still in sight. Morover, one of the officers told a victim  “stop the drama, shut the fuck up,” while another cop said to “put ice on your face at home and you’ll be alright.”

Houston also has a huge gay population, as might be expected in the nation’s fourth largest city. Montrose, the center of gay life, is a Texan version of San Francisco’s Castro District. For six years, the city had a lesbian mayor, Annise Parker, making it the first major U.S. city presided over by someone who was LGBTQ.

But it is Texas, and despite its liberal leanings, the city has a sizeable conservative Christian population. Superstar pastor Joel Oesteen, who has said gays are “not God’s best,” is headquartered in Houston. Parker and the religious right got into a fierce battle when the city sought to subpoena the sermons and notes of local pastors fighting a nondiscrimination ordinance. After an uproar, the subpoenas were withdrawn.

Milwaukee may be the least expected city on the list, but offers all the amenities you’d expect from a major urban area: a Pride Fest, nightlife, and an ecletic community. It also has a small-town feel; with a population of under 600,000, Milwaukee is by far the smallest of the three cities in contention.

Politically, Milwaukee would be the most interesting choice. Wisconsin has an openly lesbian Senator in Tammy Baldwin (who is in a tough re-election fight), but it is also the state where Republicans have been forcefully challenging the state’s progressive tradition.

Republican Gov. Scott Walker has turned the state into a showcase of right-wing legislation inspired by (and funded by) the Koch brothers. Walker fought against marriage equality tooth and nail and supported the Boy Scouts’ ban on gay scouts because it “protected children.”

They have virtually no chance of doing that in Texas. As for Florida, it’s turning out to be a Trump stronghold.

Democrats will make a final decision later this year. Whichever city wins the nod will roll out the rainbow carpet for delegates. That will stand in sharp contrast to Charlotte, NC., the city Republicans chose for their 2020 convention.

That city is less than thrilled at the prospect, with the city council approving the bid only because of the financial boon it will bring.