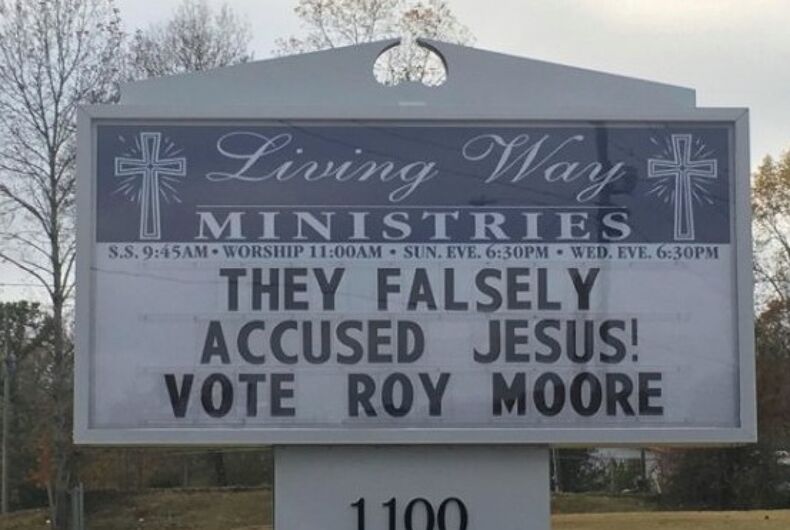 That’s the theory that Michele Margolis, an assistant professor of political science at the University of Pennsylvania, lays out in her new book, From Politics to the Pews: How Partisanship and the Political Environment Shape Religious Identity. As Margolis summarizes it in an op-ed in The New York Times, “We don’t just take cues about politics from our pastors and priests; we take cues about religion from our politicians.”

Margolis notes that most analyses attribute the changes to a variety of factors, including the rise of the religious right as a political force and the Republican party’s alignment with “traditional values” campaigning.

In fact, says Margolis, President Trump may be changing his evangelical base’s faith, making them “more and more drawn to the evangelical label and to churches they know will be filled with politically like-minded congregants.”

The drawback to these divisions is that it reinforces existing beliefs and makes change less likely. If evangelicals never have contact with LGBTQ people, their opinions will never change. Instead, we will always remain an abstract “other,” making it easier to dismiss us altogether.

Churches used to be about religion, bringing together people across the political spectrum. But increasingly, they are extensions of the political parties–especially the Republican party, since more Democrats simply no longer attend church.

Anyone thinking that faith will help our divisions and bind up our partisan wounds is bound to discover that, if anything, the opposite is now true.