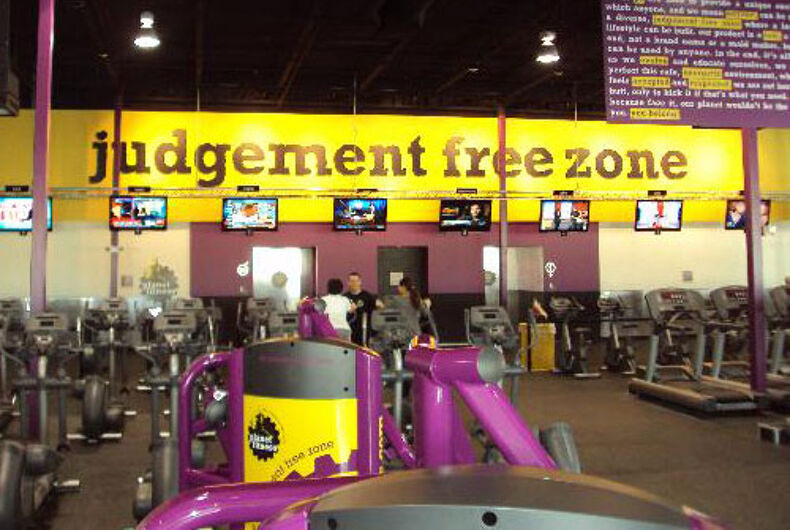 In a ruling on what is ostensibly a case about consumer fraud, a Michigan appeals court decided that transgender women are really men and cisgender gym customers are being deceived if their gym allows trans people to use the appropriate facilities.

The lawsuit was filed by Yvette Cormier, who, in 2015, was a member of Planet Fitness in Midland, Michigan. Cormier saw a trans woman in the locker room and complained loudly to other customers for a few days before her membership was revoked. Planet Fitness said Cormier violated its “No Judgment Policy” by raising a stink about a trans woman’s body.

So Cormier sued for $25,000 for violation of privacy, sexual harassment, and retaliation. In 2017, the trial court rejected her claim in a 3-0 decision, saying there is nothing illegal about the club yanking the membership of someone who was being disruptive.

She appealed and lost, and then she took the case to the Michigan Supreme Court, which sent it back to the appeals court this past April to re-examine the part of her claim about consumer fraud.

But now an appeals court has heard Cormier’s claim and is sending her case back to the trial court. The court ruled that Planet Fitness may have violated the Michigan Consumer Protection Act (MCPA), which prohibits “deceptive methods, acts, or practices in the conduct of trade or commerce.”

The court said that Planet Fitness represented itself as having separate men’s and women’s locker rooms and it allowed “men who self-identify as women” to use the women’s locker rooms, thus possibly violating the MCPA’s ban on practices that “mislead or deceive the customer.”

“[Cormier’s] actions indicate that she strongly preferred a locker room and a restroom in which individuals who are assigned biologically male are not present, and it is thus reasonable to infer that defendants’ failure to inform plaintiff of the unwritten policy affected her decision to join the gym,” the ruling stated.

While the court’s ruling says that it’s the gym that may have been deceptive when it allowed trans women to use the women’s locker room, it is a permutation of the transphobic notion that transgender women aren’t really women and that if they don’t constantly out themselves as transgender, then they’re being deceptive.

The appeals court sent the case back to the trial court.

Trans people were misgendered & confronted in bathrooms at an LGBTQ concert