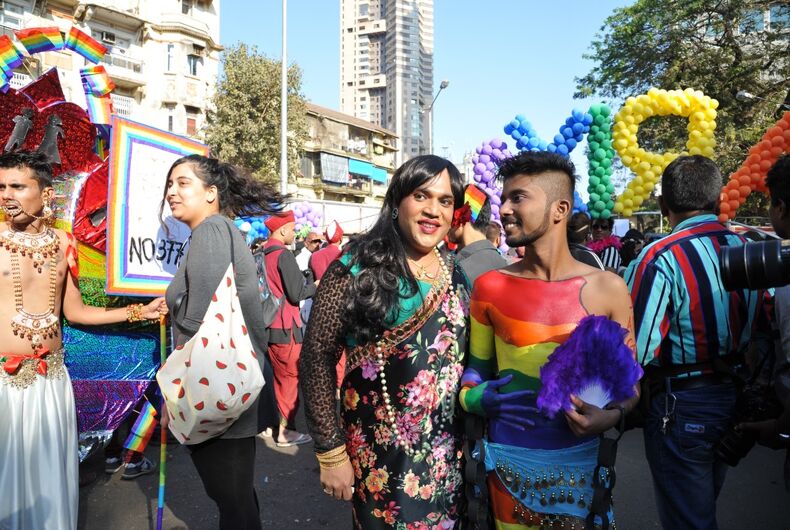 India’s Supreme Court is on the verge of potentially overturning an anti-gay law spanning 150 years. Should Section 377 be reversed, the action would positively affect the lives of 1.3 billion people.

Section 377 of the Indian Penal Code outlines that sex “against the order of nature” carries a jail term and fine. It was originally enacted under British rule in 1861 and, if overturned, the effects could bleed into the Commonwealth where similar legal battles are being waged against colonial-era anti-gay penal codes.

Proponents of banning the archaic law in India argue that prosecutions have barely been upheld and that the language has mainly been used in an effort to harass members of the LGBTQ community.

Section 377 specifically states, “Whoever voluntarily has carnal inter­course against the order of nature with any man, woman or animal, shall be punished with [imprisonment for life], or with impris­onment of either description for a term which may extend to 10 years, and shall also be liable to fine. Explanation. Penetration is sufficient to constitute the carnal intercourse necessary to the offence described in this section.”

It’s the legal battle that keeps rearing its ugly head. In 2009, Section 377 was struck down by the Delhi High Court. However, it was restored by the Supreme Court a mere four years later.

Now, the Indian government has left the Section 377 decision to the five-judge constitutional bench. On Monday, the Supreme Court rejected a plea to postpone the hearing and oral arguments began on Tuesday.

An activist by the name of Jaya addressed the court: “We hope things will work well this time. When the law is a certain way for everybody, why does it have to be different for us alone? The way we are is not unnatural.”

“We intend to rule, subject to arguments, that two consenting adults even if engaged in ‘unnatural sex’ will not be liable for prosecution for any offence,” said Chief Justice Misra.

“We don’t want a situation where two homosexuals enjoying a walk on Marine Drive should be disturbed by the police and charged under Section 377,” offered Justice J Chandrachud.

Indians preach the saying “pyaar andha hota hai” meaning “love is blind” so how hard is it for your homophobic ass to understand that love has no gender.#Section377

1. #TimesUp for #Section377!
Today the Supreme Court will begin historic hearings on what kind of #SexualExpression consenting adult Indians can have, whether the court can decide for us what "unnatural sex" is & to what extent the courts can penetrate our sense of self.

They are their son’s dads in Canada. Ireland says his parents are a straight couple.