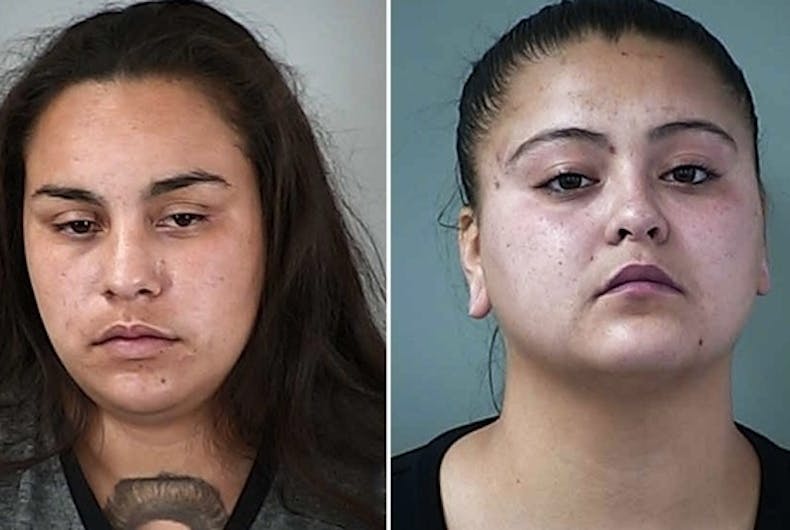 A lesbian couple has been arrested for stabbing three men who they say were groping and harassing them.

Police in Morgan Hill, California, responded to a report of a stabbing on July 7. They found a man with a stab wound to the stomach.

Half a mile away, another man was found, stabbed in the stomach and arm. While police were providing first aid, they found another victim who was stabbed in his back.

An officer noticed Tori Sanchez, 22, and Alexandria Campos, 23, who appeared to be hiding, and allegedly found a bloody knife on one of them.

Investigators say the women met the three men at The Hill Bar & Grill. Sanchez said that the men were “harassing them all night by touching, groping and flirting with them.”

The women left the restaurant and walked to the nearby M&H Tavern, and the three men followed them there. The bartender said that surveillance video did not show anything “out of the ordinary.”

The stabbings occurred after the bar closed and they left.

“I don’t know what the cause of the argument was that initiated this violent attack, but something certainly turned from friendly to hostile,” Morgan Hill Sergeant Troy Hoefling said.

Campos said that it was one of the men who turned violent first and tried to take her knife and stab her with it. She had a cut in one of her hands, but police believe that that wound was self-inflicted.

She also said that one of the men is in a gang.

Friends and family told KSBW that the women acted in self-defense.

Police say that evidence shows that the men were all stabbed at different times. “Each of the victims tried to intervene and separate parties that were involved in an argument,” Hoefling said.

The women were originally booked on attempted murder charges, but prosecutor have charged them with assault with a deadly weapon. They are being held on $175,000 bail each.

Which potential Democratic National Convention host city would be best for LGBTQ people?