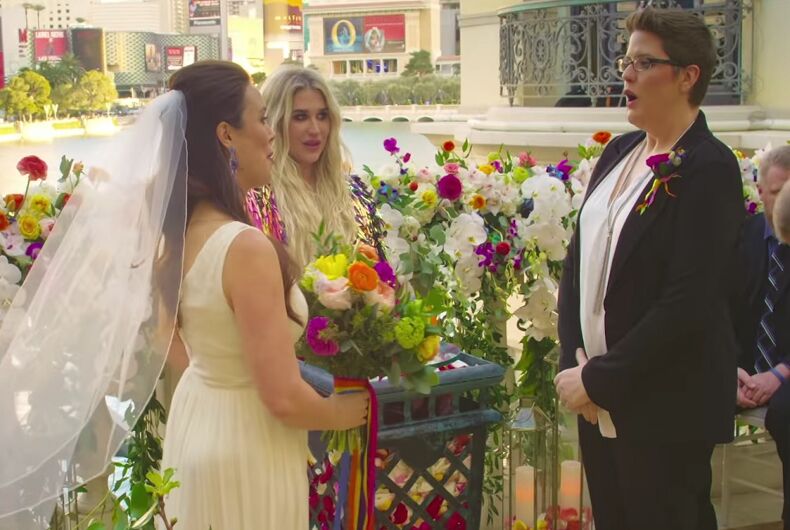 Kesha officiated a lesbian couple's wedding in her video for "I Need a Woman to Love."Photo: Screenshot/YouTube

Kesha helped a lesbian couple get engaged at a concert this past week.

The pop star is currently touring with Macklemore, and after singing “Good Old Days” with him in Detroit on Wednesday, she pulled two women, Holly and Amanda, up on stage with her.

Billboard reports that Holly got down on one knee and asked Amanda to marry her. She put a ring on Amanda’s finger and the crowd of 13,000 went wild.

They kissed, and Kesha said, “I did not know that was going to happen.”

She sent them backstage to “go make out and have the best time ever.”

After they left the stage, Kesha said, “I’m so fucking happy that this is a place people can come and be happy and do things like that. Love is fucking everything!”

Kesha has advocated for equality as part of her art. In her video for I Need a Woman to Love earlier this year, she married a lesbian couple.

Gay couple say they were turned away by florist in Indiana