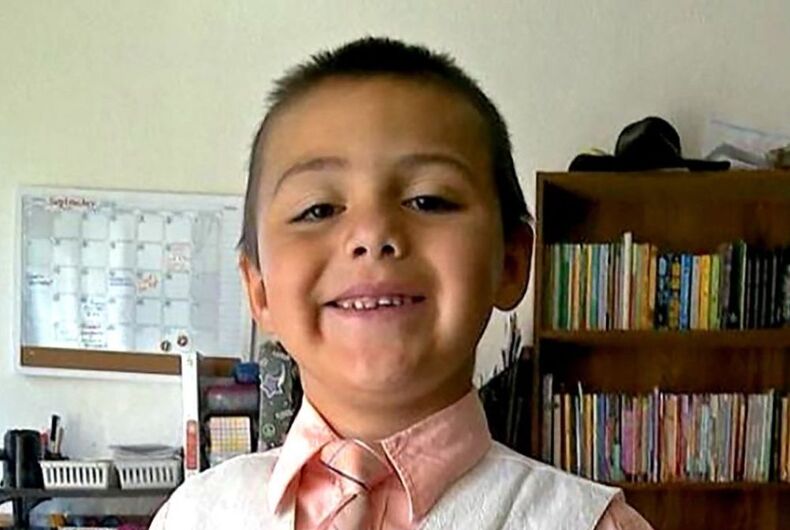 When Anthony Avalos died, the 10-year-old boy had endured years of physical abuse and had come out as gay just before he was killed.

The Los Angeles County Sheriff’s Department responded to a 911 call at Avalos’s home and were told by his mother Heather Barron that the child had “suffered injuries from a fall.”

He had severe head injuries and cigarette burns on his body, and his mother and her boyfriend, Kareem Leiva, had been reported numerous times for child abuse. The boy was unresponsive and taken to the hospital, where he died a day later.

While social workers and law enforcement failed Avalos repeatedly and the boy died alone defending himself from his parents, hundred of mourners attended the child’s funeral to show respect and frustration.

“With everything going on, with what he was going through, he was always smiling,” his uncle, David Barron, told the Los Angeles Times. “It just shows what kind of kid he was.”

The L.A. County Department of Children and Family Services investigated 88 claims of abuse at Avalos’ home. At least 13 calls, according to an anonymous source who spoke with the Times, were about the boy specifically, not one of his six siblings.

A 2013 investigation also concluded that he was sexually abused by a grandparent.

DCFS Director Bobby Cagle said that the reports included accusations that the child and his siblings were denied food and water, sexually abused, beaten, dangled upside-down from a staircase, forced to crouch for hours, locked in a small room without a bathroom, forced to fight, and told to eat from the trash.

A makeshift memorial of stuffed animals, candles, and notes still stands outside the apartment complex where Avalos died. “A hurt child is everyone’s business! Do your job!” a poster highlighted by the Times reads.

At Avalos’ funeral, the minister reminded mourners that people often comfort each other by saying, the deceased is “in a better place.”

“Lancaster is a really good place to be a growing 10-year-old kid,” Rev. Fr. Leo Dechant said. “He shouldn’t have to go to heaven to be nurtured … to not be abused.”

His mother, Heather Barron, has been arrested and charged with murder, torture, and child abuse resulting in death. Her boyfriend, Kareem Leiva, was arrested separately and is being held on $2 million bond.