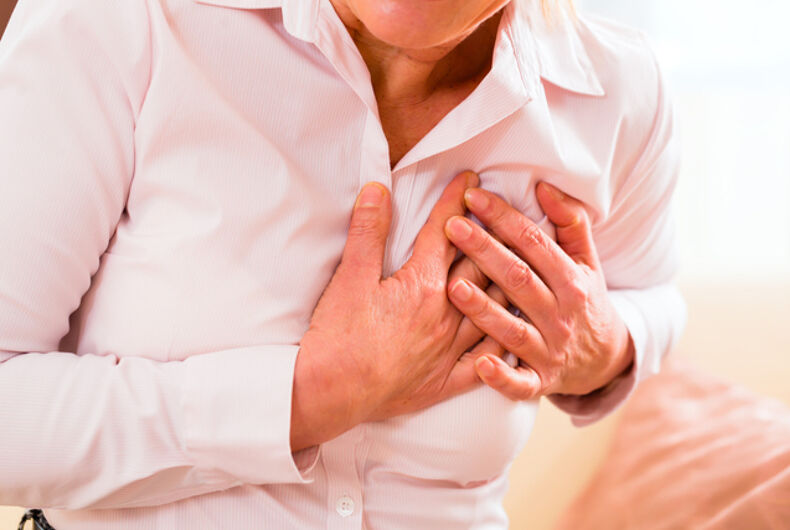 Can HRT cause more heart attacks and other health issues for trans women?Photo: Shutterstock.com

Researchers set out to examine heart and circulatory health in transgender people, and found that transgender women face a greater chance of strokes, heart attacks, and blood clots compared to their non-transgender counterparts.

Trans women were found to be nearly twice as likely to face Venous Thromboembolism (VTE). A VTE is a particularly deadly form of blood clot, and affects around 300,000—600,000 Americans each year, according to the American Heart Association.

The assumption is that hormone replacement therapy (HRT) is the culprit.

“More pronounced differences for VTE and ischemic stroke were observed among trans feminine participants who initiated hormone therapy during follow-up,” stated the research.

The study did not factor in differences in HRT dosages, delivery systems, or other specifics, and was also unable to track HRT medications from sources outside their facilities.

The study did not find evidence of issues with the cardiovascular health of transgender men, mainly due to not having enough reported incidents of strokes, heart attacks, or blood clots.

The researchers recommend “long-term vigilance” when it comes to the side effects of HRT for trans women, given their results. As with most heart health concerns, medical professionals point to a healthy lifestyle, including better eating habits, less stress, and stopping smoking as methods to help control some of these issues.

Quit worrying about the afterlife & fight Trump like hell now