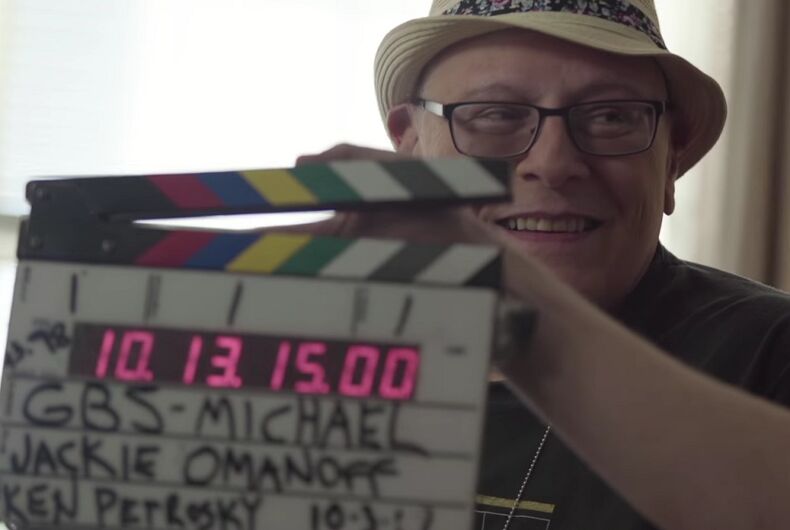 Michael Chanak's fight against discrimination was the subject of a short film produced by Proctor & Gamble.

Facebook pulled an ad about Pride, saying that it was not properly labeled as a political ad.

The ad came from Proctor & Gamble, a multinational corporation that owns dozens of consumer brands. Their Facebook ad directed people to a video they made about Michael Chanak, a Proctor & Gamble employee who, in the 80’s and 90’s, pushed the corporation to add sexual orientation to its nondiscrimination policy.

Facebook labeled it a political ad, which means that it should have had a “paid for by” tag on it. Facebook requires information from groups that issue political ads in an effort to increase transparency.

The policy “won’t be perfect to start — we’ll learn and evolve over time – but we think the good far outweighs the bad,” a Facebook spokesperson said.

Proctor & Gamble, though, said that the ad isn’t political at all – it just celebrates Pride.

“It was a post in celebration of Pride and was not a political ad,” said a Proctor & Gamble spokesperson. “We are disappointed it was flagged as such and we’re working with Facebook to understand how to navigate their new policy.”

“We will have other ads that will be considered advocacy by their new standards – whether LGBT, gender or racial equality, etc. – and we will consider the disclaimers required for those ads.”

Facebook also pulled an ad from Walmart that touted jobs it was giving Americans.

The Proctor & Gamble ad promoted the video below.