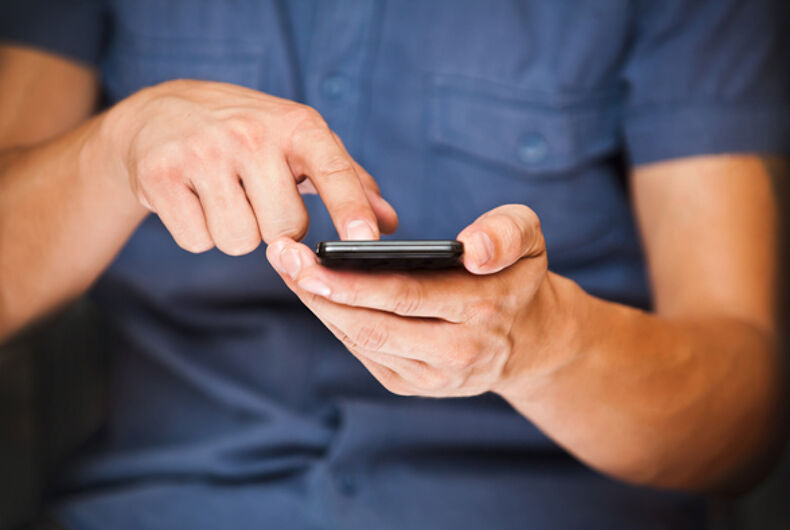 Which way would you swipe your phone?Photo: Shutterstock

A recent study shows that three out of ten lesbian, gay, or bisexual people will reject HIV positive people on dating apps, even though the people they’re rejecting are on effective treatments.

The research, conducted by YouGov on behalf of the Terrence Higgins Trust, showed that one third or people asked would not “swipe right” on someone who is HIV positive and on effective treatment. An additional third responded that they were “unsure” if they would or not.

Further, 51% of respondents don’t believe that those on appropriate medication cannot pass on HIV to others.

The study sought to examine common misconceptions about HIV positive people, including outdated beliefs around HIV spread and kissing.

Only 53% of those asked said they would feel comfortable kissing someone that is HIV positive. HIV cannot be passed along from kissing.

Ian Green, the chief executive of the Terrence Higgins Trust speaking to Pink News, said: “It’s truly devastating to hear that so many wouldn’t swipe right for or even kiss someone living with HIV who’s on effective treatment.”

“We’ve known for three decades that HIV can’t be passed on through day-to-day contact and that includes kissing.”

77% also said they would not have comdomless sex with someone who is HIV positive and on effective treatment.

Medications such as pre-exposure prophylaxis (PrEP) have substantially reduced the risk of HIV exposure.

The Terrance Higgins Trust is working to increase public awareness on HIV transmissions via their campaign, “Can’t Pass It On.” The goal of the campaign is to fight back against the very stigma their study has uncovered.

“By helping to spread the word and ensure that people know the facts about HIV and effective treatment, we hope to tackle stigma and remove the fear that often surrounds the virus,” states the website for the campaign.