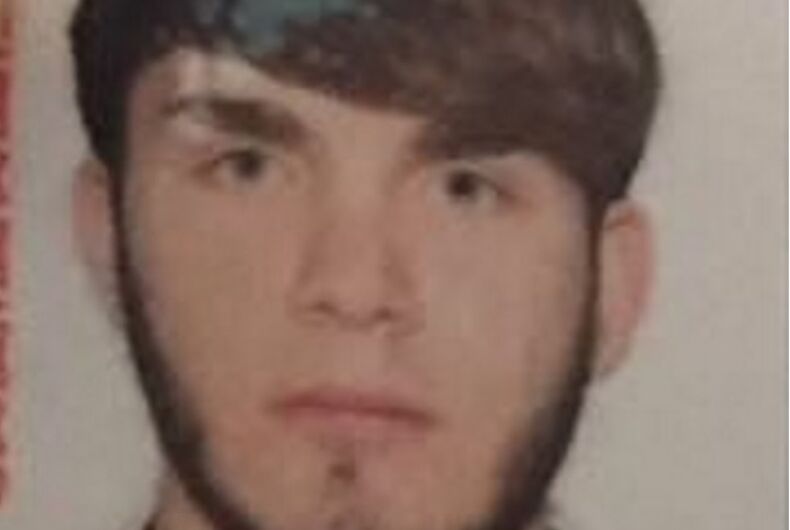 A survivor of Chechnya’s anti-gay violence who had fled the country was kidnapped last week by his father.

Zelimkhan Akhmadov, 20, left Chechnya last year after he was arrested, detained, and beaten by Chechen police for being gay. He was forced to pay money and give the names of gay friends before he was allowed to leave.

His family was told that he was gay and police told them to kill him. So he ran away from home and headed to Moscow, since Chechnya is a federal subject in the Russian Federation.

In April of this year, though, Chechen police and his father caught up with him in Moscow, and the friend he was staying with was stabbed. Akhmadov managed to escape again and, with help from the Russian LGBT Network, he got to St. Petersburg.

His father said that his son had “disappeared” and put him on a federal missing persons list. And this past Friday he was found again.

At around noon, Akhmadov was taking out the trash when his father, as well as several police officers, grabbed him and threw him in a car, Novaya Gazeta reports.

At 4 p.m., the Russian LGBT Network received a text message from him that said, “Help me.”

A lawyer who works with the Russian LGBT Network filed paperwork to have the incident declared an abduction, and later in the day the kidnappers were detained in St. Petersburg.

All the kidnappers and Akhmadov himself are being held in custody in St. Petersburg. Several of the abductors, Akhmadov said, are from the Federal Security Service of the Russian Federation (FSB), a federal military organization and successor to the KGB.

“The persecution of the Chechen LGBT community is tragically far from over,” said Marc Behrendt of the nonprofit organization Freedom House.

“Given the lack of a credible investigation by the Russian authorities, Freedom House echoes the Parliamentary Assembly of the Council of Europe (PACE) resolution of June 27, urging the international community to press for an independent investigation into these atrocities committed by the Chechen authorities.”