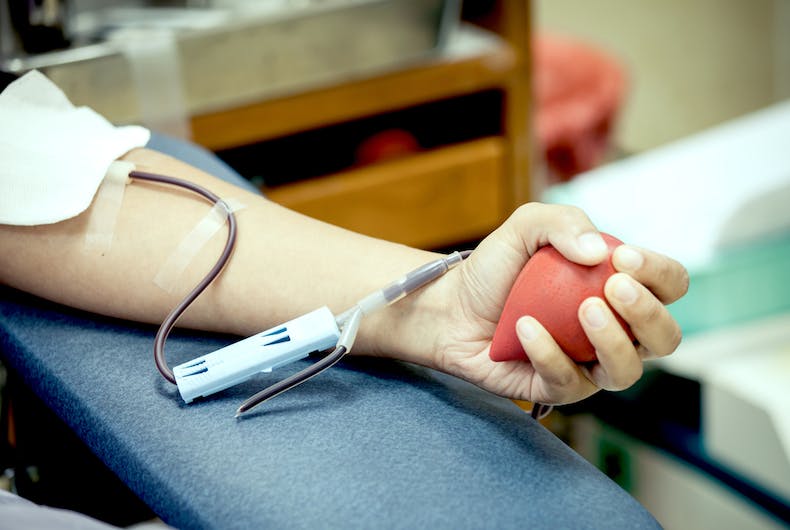 The American Red Cross is facing a critical shortage of blood, and has been doing all they can to increase their supply — yet they still won’t accept a drop from gay or bisexual men.

In order to boost sagging blood supplies, the American Red Cross is now offering $5 Amazon gift cards to those who donate throughout August, but that offer is not extended to men who have sex with men.

While the Red Cross has relaxed their policies in the UK and other countries, the American branch still denies the donations of gay and bisexual men — and in many cases transgender women. Their current policy does allow for a donation if a man has not had sex with another man for more than a year.

While the American Red Cross has shown a willingness to change the policy, they remain hamstrung due to the current U.S. Food and Drug Administration stance on blood donation.

The original ban was instated in 1983, in response to the HIV/AIDS crisis, and barred men who have sex with men and transgender people from donating blood, deeming them “high risk” candidates.

Prior to a 2015 guideline change from the FDA, men who have sex with men were barred from giving blood for their lifetime, but even the current 12-month ban requires men refrain from sex for more than a year, and does little to address the need for available blood.

The policy has widely been criticized in LGBTQ circles, and has been subject to protests. One in Berkeley Law in April of this year sought to raise awareness of the ban, pushing for the FDA to adopt a risk-based analysis based on behavior rather than strictly on sexual orientation.

Current policy does not take into account if individuals are monogamous or always use condoms during sexual activity.

Lance Bass, the openly gay former member of *NSYNC blasted the policy last year in the wake of the Las Vegas shooting, taking to his Twitter account to say, “How is it STILL illegal for gays to donate blood??!! I want to donate and I’m not allowed.”

Ellen & Tig Notaro show how amazing lesbian friendship can be