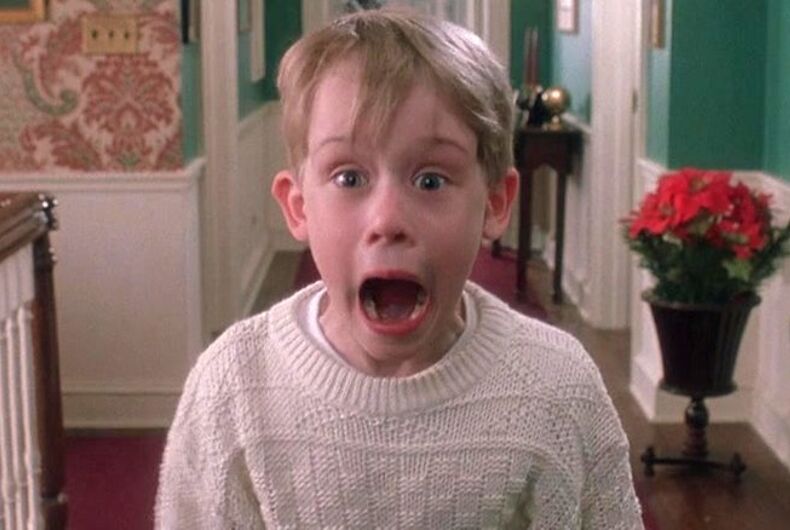 Three major movies of the past are getting a modern overhaul, with brand new productions that may get you back to the theater.

The plot has a familiar vibe, borrowing from the box office hit, except this time Kevin is replaced by a 20-something stoner who misses the family ski trip. Stoned and paranoid, he has to fight off thieves who have broken into the family home.

It is unknown if Macaulay Culkin, who has had his own issues with drugs, will serve as the main character this time out. He, of course, catapulted to fame by playing Kevin in the Home Alone movies.

Meanwhile, Jane Fonda is teaming back up with Lily Tomlin and Dolly Parton, planning a modern-day sequel to their 1980 hit 9 to 5. In the original, they played three co-workers who fought back against misogyny and sexual harassment in their office.

At a Television Critics Association event in LA, Tomlin spilled the means. “My involvement is an executive producer, and together with Lily (Tomlin), we’re working with the writers.”

Her involvement is more than just around the writing table, as all three original stars are planning to be in the movie.

Unlike the original, which featured the trio taking out their frustrations on their boss, played by Dabney Coleman, the work environment for the new movie may be a bit more complex and nuanced.

“I’m sorry to say the situation is worse today,” said Fonda. “Today, a lot of the workforce (is) hired by an outside company, so if there’s a problem, who do you complain to? Who do you fight with?”

If that trio isn’t enough for you, then how about the return of the Sanderson sisters? Yes, the trio of Salem witches from 1993’s Hocus Pocus is resurrected once more for a sequel, currently in book form.

As well as a new novelization of the original Hocus Pocus, the new story, set twenty-five years past the original, continues the story with a few new characters.

What’s more, the new story has a queer twist, as Poppy — a new character billed as the daughter of Allison and Max from the original flick — builds a love affair with a character named Isabella.

With the return of Winnie, Mary, and Sarah, and a gay plot line, it sounds like a must-read for fans of the original movie. Now if only it will make a big-screen return!