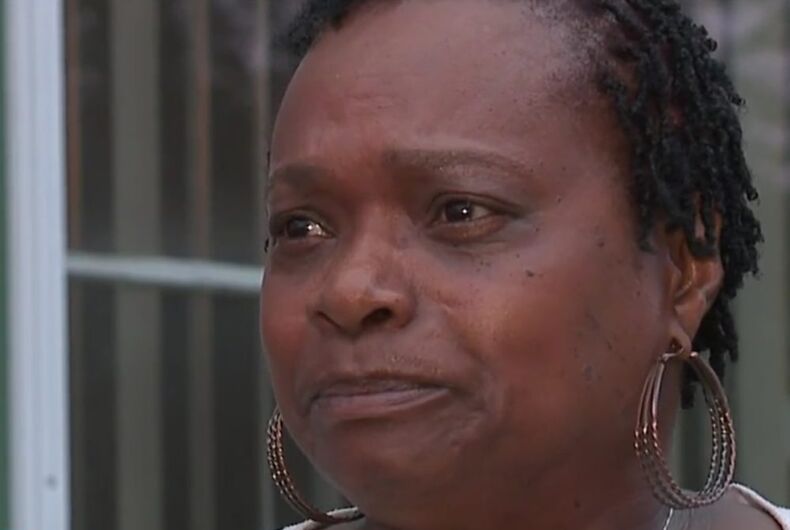 A transgender woman was found shot to death in Cleveland this past Sunday.

At around 7 a.m. on Sunday morning, police found Keisha Wells, 54, dead in a parking lot due to a gunshot wound to the abdomen.

James Butler, 27, a homeless man, has been charged with complicity to aggravated murder because police believe that he helped move the body after Wells was killed. He allegedly told his mother about what he did and she reported it to police in Cleveland.

She was last seen Saturday night at the Cocktails bar, an LGBTQ venue in Cleveland. Police believe that she was shot in the parking lot of an apartment building, where she was later found.

According to court documents, police believe that Butler and the killer then moved her body out of the killer’s car, and Butler helped the killer clean the car.

Eleven bullet casings have been found at the scene.

Wells’s aunt Regina Spicer said that her niece, who people called “Pokey,” enjoyed spending time with her family and never harmed anyone.

“Pokey was funny,” she said. “Pokey liked laughing and telling funny stories about people. But when [she] loved you and cared about you, [she] loved you.”

“Everybody has a right to live the way that they choose to live, and their lives not taken,” Spicer said.

Wells is the second transgender woman to be killed in Cleveland in 2018. Phylicia Mitchell was shot to death in February.

Wells is the fourteenth transgender person killed in 2018, according to HRC.

The history of the iconic LGBTQ rainbow flag