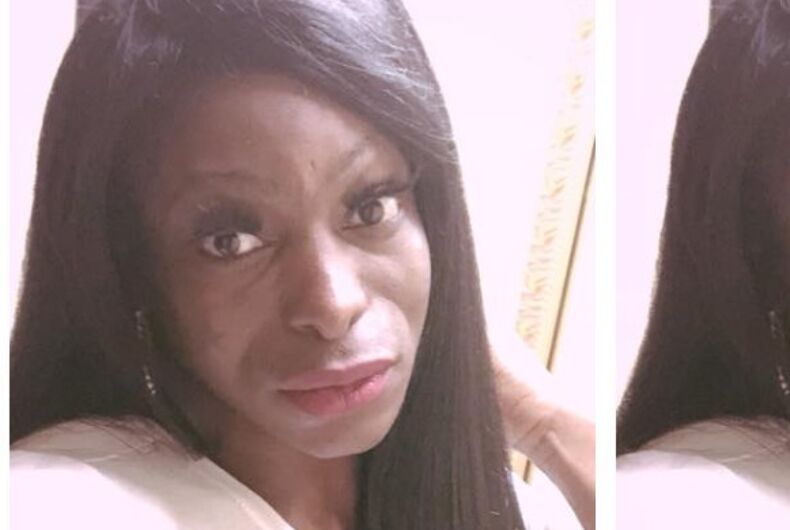 An African-American transgender woman has been found murdered in Jacksonville, Florida, leading some local activists to believe that a serial killer is at work.

Cathalina Christina James, 24, was found shot to death at a Quality Inn on Sunday. Her mother told First Coast News that she had a “big and bold personality” and loved traveling and dancing.

The Jacksonville Sheriff’s Office does not yet have any suspects.

In February, Celine Walker was found shot to death at an Extended Stay America hotel in Jacksonville. Earlier this month, Antash’a English was found dead between two buildings in Jacksonville after she had been shot. Both Walker and English were African-American and transgender.

Police are investigating each murder as separate and says there’s no reason to believe that there is any connection.

“There is no evidence or information gathered that leads us to believe there is any such pattern or trend involved,” said a Sheriff’s Office spokesperson.

But Paige Mahogany, who leads the Jacksonville Transgender Awareness Project, said she believes a serial killer is at work.

“The transgender community feels like there’s a target on their backs. We don’t feel safe in Jacksonville.”

Mahogany also said that there’s a bad relationship between the police and transgender people in Jacksonville.

“Every day, there are a lot of crimes not being reported, because when the sheriffs come out, the sheriffs make the girls feel like suspects, not victims,” she said. “A lot of these girls are being beaten up, they’re being robbed, they’re being assaulted, but they’re not reaching out to the police department.”

Gina Duncan of Equality Florida said that a part of the tension comes from how Jacksonville police misgender victims of violent crimes.

“Four months into what some fear may be the work of a serial killer, law enforcement continues to misgender the victims,” Duncan said in a prepared statement. “Not only is this disrespectful, it erodes trust and may create an unwillingness by others in the community to step forward.”

Kelly Pope of the Jacksonville Transgender Action Committee described the fear among transgender people in Jacksonville. “During national pride month, when others are out celebrating, our community is grieving. In fact, we are not just grieving. We are actively fearful for our own lives. We need all eyes on Jacksonville right now.”

The Transgender Awareness Project and the Jacksonville Transgender Action Committee are organizing a Trans Lives Matter rally this evening at 7 p.m.