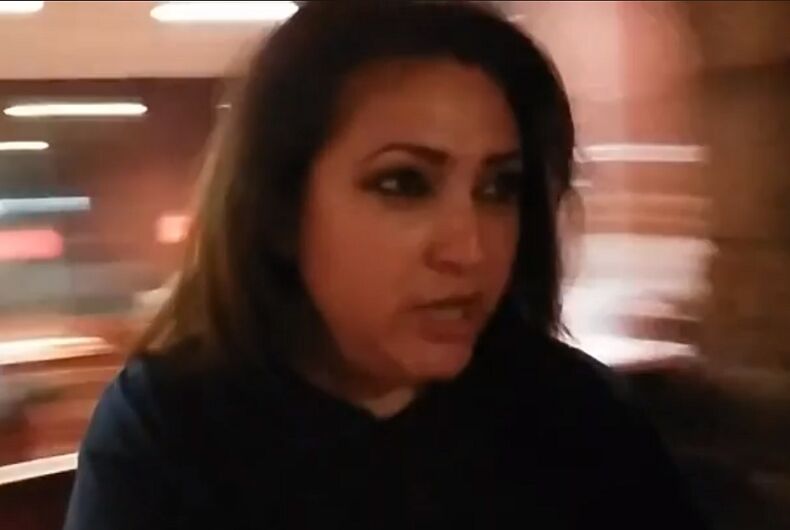 A Republican candidate for California’s house just lost her primary.

In May, Jazmina Saavedra streamed video of herself harassing a transgender woman in a Denny’s bathroom. For half an hour, Saavedra paced in the restaurant, shouted at the transgender woman through the stall wall, and laughed with a friend about how she carries a stun gun and pepper spray for situations like that.

“So, that guy is violating my right to use the ladies’ room here, and he’s saying he’s a lady! Stupid guy,” Saavedra said in the video, which Facebook removed.

On Tuesday, Saavedra soundly lost the primary election for California’s 44th House District, getting 10% of the vote behind Democrat Nanette Barragan (66%) and Democrat Aja Brown (17%).

California has a “top two” primary system where candidates of all parties run in the same election, and the top two vote-getters face off in the general election. In some districts, this results in general elections with two candidates from the same party.

Since conceding, Saavedra has shown no remorse for harassing a transgender woman in the bathroom. The only tweet she sent out since the election misgendered the victim and referred to her as a “drug addict.”

HE is still a just a male drug addict using a ladies room pic.twitter.com/6vGOPF4T85