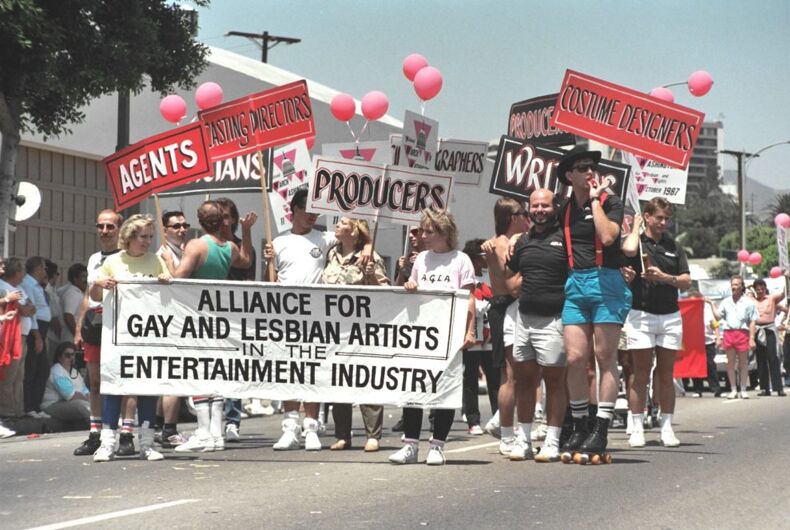 The history of Hollywood is interwoven with gay America. For many years, though, the closet was dark, harsh and even punitive for performers, producers and others in the entertainment industry.

That makes this photo from the LA Pride in 1987 a particularly powerful statement.

Even today, it’s news when an actor comes out. Back then, the risks were enormous. It would be two more decades before actor/comedian Ellen DeGeneres would make her groundbreaking statement in the April 14, 1997, Time magazine: “Yep, I’m gay.”

It’s not as if queer people had positive representation in pop culture as a whole and movies in particular. From 1972-82, activist Vito Russo had traveled the country with presentations he called The Celluloid Closet, which he adapted into his groundbreaking 1981 book.

The documentary version of the book was released in 1996, seven years after his death from AIDS.

That narrow Supreme Court decision may not stay narrow for long

Gilead’s new TV ads for PrEP will be unique. They include gay & trans people.