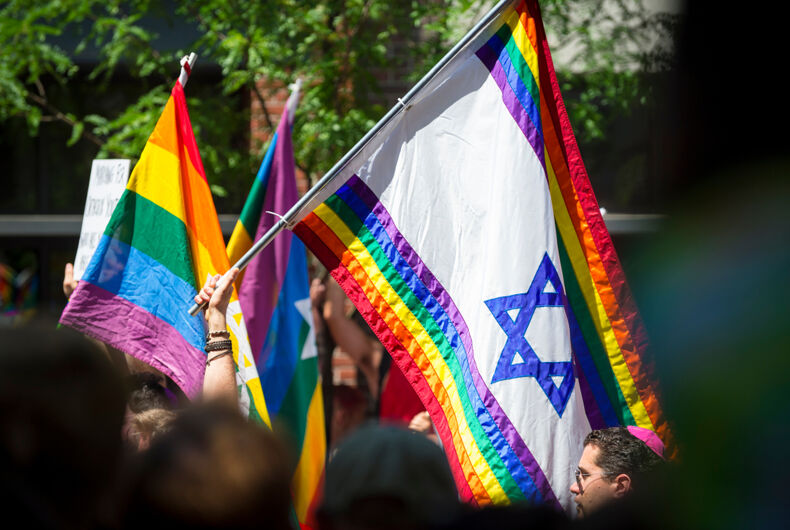 Israel’s ambassador to the United States, Ron Dermer, applauded President Trump’s decision to pull out of the United Nations Human Rights Council at a pride reception at the embassy in Washington, DC. The group has been at the forefront of fighting for LGBTQ rights worldwide.

Michael Lavers, a reporter for the Washington Blade in attendance at the event, first reported the ambassador’s comments.

An inside source who asked to remain anonymous said only a handful of people applauded Dermer’s comment but most attendees stayed silent as the ambassador praised Trump’s latest attack on human rights worldwide.

The administration cited a “chronic bias against Israel” as the reason for pulling out of the UN group. The country is one of the few non-dictatorships Trump hasn’t attacked on social media and he enjoys a close relationship with Israeli Prime Minister Benjamin Netanyahu.

“While we do not seek to impose the American system on anyone else, we do support the rights of all people to have freedoms bestowed on them by their creator. That is why we are withdrawing from the U.N. Human Rights Council, an organization that is not worthy of its name.”

The council has been a vociferous defender of LGBTQ rights around the world. The group has approved numerous resolutions supporting the human rights of LGBTQ people and in 2016 established the first independent expert tasked with investigating violence and discrimination based on sexual orientation and gender identity.

Israel has had the dubious honor of being scrutinized regularly by the body for their treatment of Palestinians in Gaza and the Occupied Territories and has long criticized the council as too politicized and anti-Semitic.

“The United States should be leading the world on human rights, not retreating into isolation and separating young children from their families,” DNC chair Tom Perez said an emailed statement. “Because of our seat at the table, we’ve been able to give voice to the voiceless around the world while fighting for the council’s fair treatment of our allies like Israel. Today, President Trump is sending a signal to the world that we’re too weak to lead and too cowardly to fight for our foundational values.”

“Trump’s withdrawal is especially disturbing given his persistent praise for despots and dictators with abysmal human rights records, not to mention his administration’s cruel mistreatment of immigrant families seeking asylum. His blatant disregard for basic human rights will have dire and tragic consequences for marginalized people across the globe for years to come.”

“The Trump-Pence administration’s decision to pull the U.S. out of the U.N. Human Rights Council is another failure of leadership when it comes to the human rights of LGBTQ people and other vulnerable populations,” said Ty Cobb, director of the Human Rights Campaign’s global department.

“With this decision, the Trump-Pence administration is leaving a vacuum at the Human Rights Council that may well be filled by countries that have little or no commitment to universal human rights, and will use the Council to pursue their own undemocratic agendas.”

The Israeli government and activists are regularly accused of “pinkwashing” their human rights violations by highlighting their positive treatment of LGBTQ people in a notoriously hostile part of the world.

Last night’s pride reception, however, was not the best place to attempt to praise a decision to abandon human rights. LGBTQ rights are human rights.

"Disappointing, if not really surprising, news. Given the state of #HumanRights in today's world, the US should be stepping up, not stepping back" — UN Human Rights Chief #Zeid following USA decision to withdraw from U.N. Human Rights Council.#StandUp4HumanRights

As a minister, I know Sessions is twisting scripture to fit his own dark needs