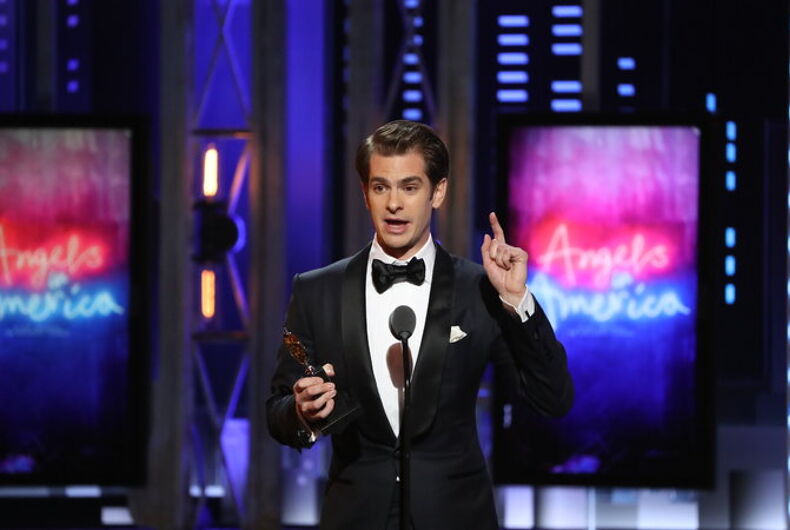 Andrew Garfield won the Tony for Best Performance by an Actor in a Leading Role in a Play for his role of Prior Walter in Angels of America.

In his acceptance speech, he honored LGBTQ people.

“At a moment in time, where maybe the most important thing that we remember right now is the sanctity of the human spirit, it is the profound privilege of my life to play Prior Walter in Angels in America because he represents the purest spirit of humanity,” he said.

He even made a reference to Masterpiece Cakeshop, which has fought for years for a religious exemption to Colorado state law so that it wouldn’t have to bake cakes for LGBTQ people.

“We are all sacred and we all belong, so let’s just bake a cake for everyone who wants a cake to be baked,” Garfield said.

Angels in America was also nominated in several other categories, including Best Original Score, Best Direction of a Play, and twice in the category Best Performance by an Actress in a Featured Role in a Play.

Also, students from the Marjory Stoneman Douglas High School drama department made a surprise appearance at the Tony Awards, performing “Seasons of Love” from Rent.

Introduced by Glee star Matthew Morrison, the teens from Parkland, Florida, sang to a rapt audience.

Omg the Parkland Drama club just performed “Seasons of Love” on the #Tonys and I am all mucus. That was so powerful. Thank you #Emmys for including these extraordinary kids in the evening’s. Elie ration.

Melody Herzfeld, the drama director at the high school who saved 65 lives by barricading students in a small closet during the school shooting, was awarded the Excellence in Theatre Education Award.