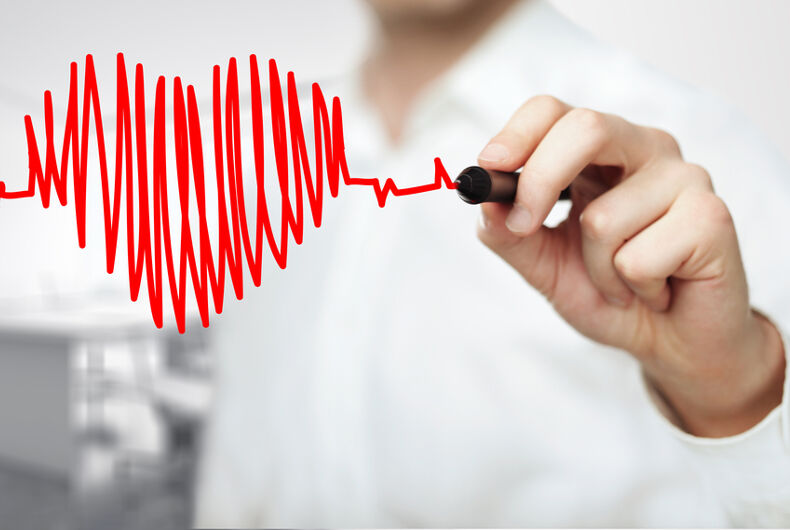 A clinician draws an image of a heart in the style of an ekgPhoto: shutterstock

According to a study in the LGBT Health Journal released on the 11th of June, bisexual men face a higher risk for heart disease than either straight or gay men.

In the study, lead author Billy A. Caceres said, “Our findings highlight the impact of sexual orientation, specifically sexual identity, on the cardiovascular health of men and suggest clinicians and public health practitioners should develop tailored screening and prevention to reduce heart disease risk in bisexual men.”

Several risk factors were considered in the study, including tobacco use, diet, hypertension, cholesterol, and binge drinking.

In the study, no differences were discovered between either heterosexual-identified MSM or exclusively heterosexual men. There was also little difference between these two categories and gay-identified men, aside from the latter reporting less binge drinking.

Bisexual-identified men were markedly different from the others. They faced higher rates of mental distress, obesity, elevated blood pressure, and an increase in glycosylated hemoglobin.

Glycosylated hemoglobin is linked to diabetes.

A similar study from San Diego State University showed that lesbian and bisexual women were more at risk for diabetes, and pointed to the minority stress model as a possible factor.