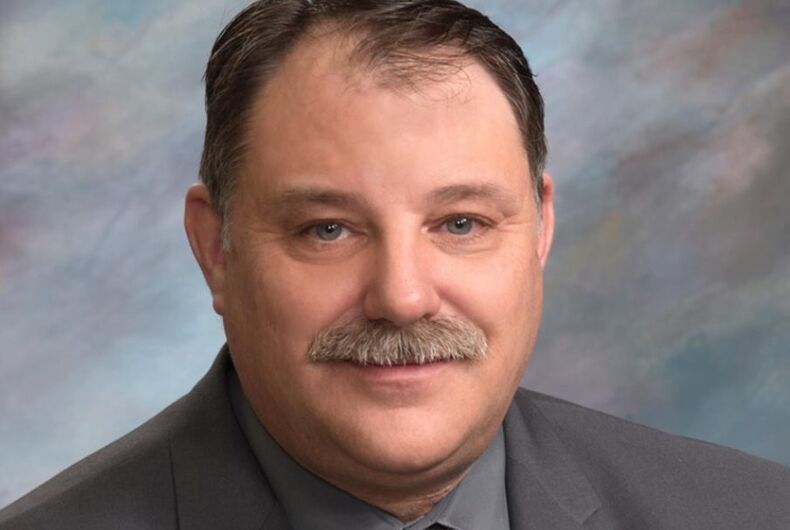 A Republican politician said that businesses should have the right to turn away customers solely because of their race.

South Dakota Representative Michael Clark made the comments on Facebook in a discussion of the Masterpiece Cakeshop case, in which an anti-gay baker argued that his religious beliefs required him to discriminate against LGBTQ people.

“He should have the opportunity to run his business the way he wants,” Clark wrote. “If he wants to turn away people of color, then that(‘s) his choice.”

Clark said that the Supreme Court decision in favor of the anti-gay baker was a “win for freedom of speech and freedom of religion.”

After a local paper published a story about his comments, Clark deleted the Facebook post and wrote an apology.

“I made some comments here on Facebook, defending a Colorado Baker decision not create a cake for a Homosexual wedding,” Clark wrote. “The comments I made were very racist. I would like to apologize for those comments.”

“Businesses should not be able to discriminate solely based on race, sex, national origin, age, or handicap,” he said, not including sexual orientation or gender identity in his list.

He said that his original comments were based on “the belief that businesses should be able to operate with fewer constraints of a heavy-handed government.”

But in an interview with the Argus Leader, Clark implied that he still believes that businesses should be allowed to turn away customers for any reason, accusing minorities of bullying businesses.

“If it’s truly his strongly based belief, he should be able to turn them away,” Clark said. “People shouldn’t be able to use their minority status to bully a business.”

Clark is currently in his first term representing South Dakota’s 9th state house district, which is in southeastern South Dakota and includes parts of Sioux Falls and its northern suburbs. He does not face a primary challenger, and he has filed the paperwork for reelection.

“He doesn’t understand the rights of people he represents,” said Toni Miller, one of Clark’s possible Democratic opponents. “He is not qualified for the office he holds.”

Pride in Pictures 1988: A quiet moment