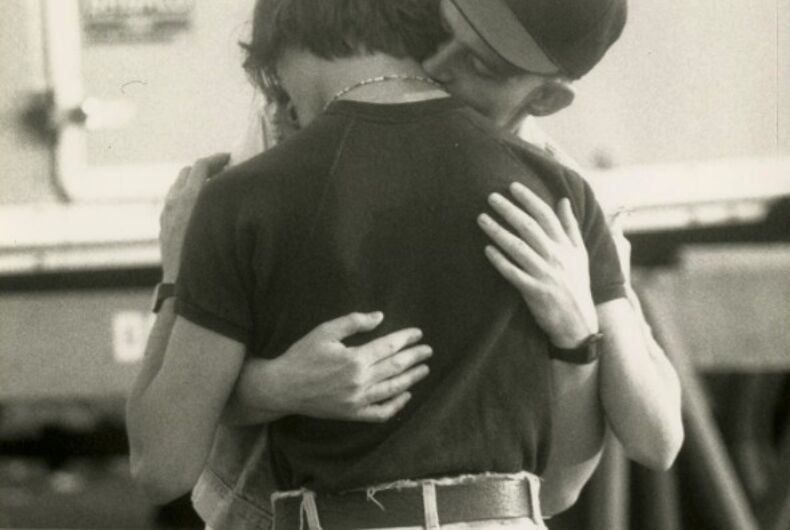 Pride is a spectrum of feelings. At times, it’s exuberant. At other times, emotional. Just being around so many people just like us leads to intimacy and displays of great affection and love.

This image from the 1990 New York City Pride parade is both compelling and symbolic.

With so much happening in the world around these men, it isn’t difficult to imagine what prompted this embrace. A new love. A lost love. A coming out, perhaps with the man in the Auburn University hat is comforting his companion.

Or an HIV diagnosis. A friend stricken with the disease. A lover dying.

We don’t know the context, but our hearts go out to both of them.

Pride is many things to many people, sometimes at the same time.

Has Pride become polarizing inside the LGBTQ community?