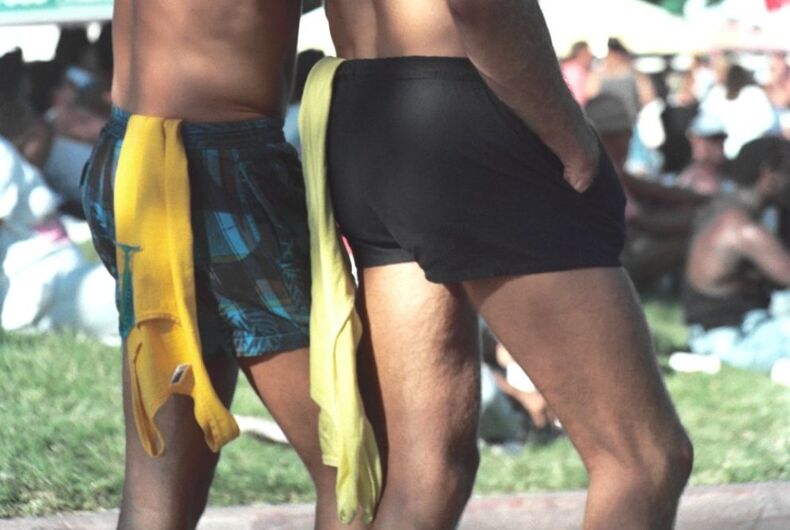 This pensive moment was captured at the 1988 Los Angeles Pride celebration, yet its sense of reflection is timeless.

One man braces another at a celebration on a summer’s afternoon. It was a personal moment, part of a local event with an international context.

In that year, rights were given, and rights were taken away. Cities as different as Chicago and Alexandria, Virginia, approved bans on discrimination based upon sexual orientation. But Oregon voters approved Measure 8, which rescinded sexual-orientation protections in state government.

HIV-positive teen Ryan White testified before the President’s Commission on AIDS, and ACT-UP protested against the lengthy, bureaucratic drug-approval process at the Food and Drug Administration headquarters in DC.