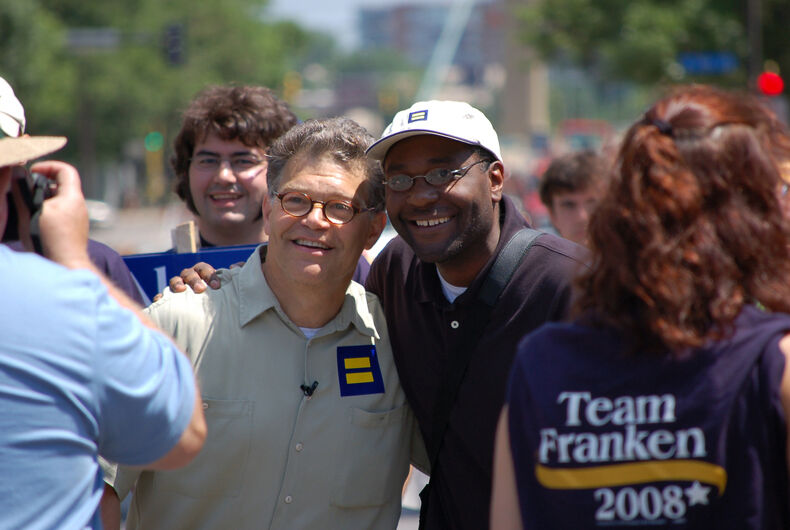 One of Trump’s loudest critics, Painter is currently vice chairman of the nonprofit government watchdog Citizens for Responsibility and Ethics in Washington (CREW). He is also challenging interim senator Tina Smith as a Democrat.

It also helps that Painter isn’t exactly a typical Republican. He is supportive of women’s reproductive rights and pledged not to take any money from super PACs.

It looks like Painter also parts ways with much of his party on LGBTQ rights. A distant relative of the famous gay composer Samuel Barber, Painter told the Star Tribune that he grew up in a family that was accepting of differences.

Painter has also criticized his party’s stance on LGBT issues. “I have seen the Republican Party turn sharply to the right on social issues ranging from abortion to guns to gay rights,” he told CBSN. “A lot of traditionally Republican voters have been alienated by that.”

In 2011, Painter was among 131 Republicans who joined President Obama in urging the Supreme Court to overturn California’s gay marriage ban. Along with Republicans like actor Clint Eastwood, columnist David Frum, and former Utah governor John Huntsman, Painter signed on to an amicus brief which argued that gay marriage promotes conservative values of strong family and limited government.

Painter still faces a tough primary against Smith, a former lieutenant governor with an established name and party backing. But should he replace Smith, the LGBTQ community will still have a friend in the Senate, and Donald Trump will have a new thorn in his side.