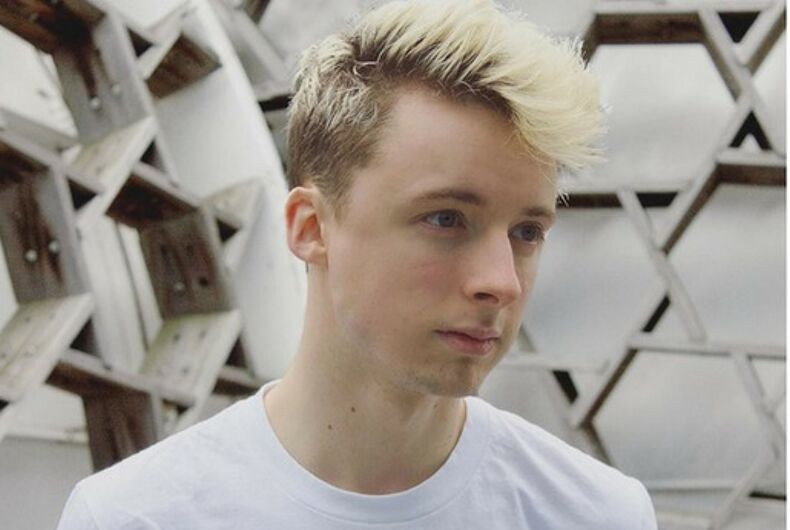 Two teens who attacked a gay man and his friend in the London subway pled guilty to avoid jail time.

Last October, two boys attacked Will Mayrick, 19, in the Underground. The teens’ names have not been released because they are 16- and 17-years-old.

Mayrick was dressed as a unicorn and on his way to a Halloween party at the LGBTQ nightclub Sink the Pink.

The attackers, who were drinking Lambrini, made homophobic comments about Mayrick and his friends, calling them “faggot” and “queer.”

“They walked on and started shouting abuse at my friend who stood up,” he told Gay Star News. “The attackers got face to face with him. Which is when I got up and said, ‘Come on guys, give it a rest.'”

That’s when one of the attackers got him in a headlock and he couldn’t breathe.

“A male took his phone out of his hand, and another male said, ‘Fucking apologize, you fucking queer,'” Prosecutor Samantha Mitchell told the court.

“They were telling me to apologize,” he said. “Inside I was like – I’m not going to do that. Nobody should ever have to apologize for being gay or LGBTI. But I thought if I don’t apologize – I don’t know what’s going to happen.”

A 25-year-old woman who was part of his group was also punched during the encounter.

In court, they said that they were “very drunk” at the time but that they have both quit drinking.

They pled guilty and each was ordered to pay 150 pounds (about $200) to the victims and attend youth offender meetings for 12 months.

“I hope today’s verdict sets an example to homophobes everywhere,” Mayrick said. “I hope it raises awareness that more needs to be done to combat homophobia. It’s still a massive issue on our streets.”

Pride in Pictures 1970: A distant image, but the the passion of Pride shines through