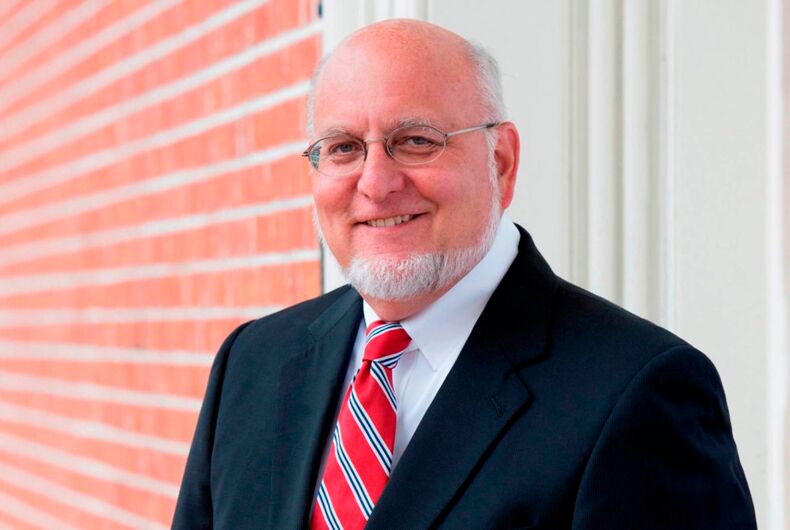 That didn’t take long. Under the new leadership of right-wing Trump appointee Robert Redfield, the Centers for Disease Control has taken a big step backward.

A CDC official disclosed that the agency will roll back support for the collection of data on the health and well-being of LGBT people through the Behavior Risk Factor Surveillance System (BRFSS).

The impact of this move should not be underestimated.

”The BRFSS is one of the few federally-supported data collection activities that make the needs of LGBT people known to governmental agencies responsible for the safety, health and welfare of the public,” said Kerith J. Conron, the Research Director at the Williams Institute at UCLA School of Law.

“By removing LGBT measures from the BRFSS, the federal government is shirking its responsibility to LGBT Americans.”

The decision may signal that the CDC under Redfield’s leadership will ignore the needs of LGBTQ Americans. If so, it may have a detrimental effect on health outcomes in our communities.

Redfield is a controversial choice to lead the agency not only because of his lack of experience in running a large government agency but also because of his involvement with anti-LGBTQ organizations and engagement in the HIV/AIDS crisis during the 80s and 90.

In the 80s, Redfield had a close relationship with the Association for a Sound AIDS Policy, an evangelical Christian organization that claimed HIV/AIDS was “God’s judgment against LGBTQ people,” and spread as a result of single-parent households and loss of “family values.”

Both ASAP and Redfield backed legislation to subject people with HIV to testing, loss of professional licenses, and quarantine.

This new development at the CDC suggests that the agency is already feeling the influence of Redfield’s leadership, and soon our communities will too.