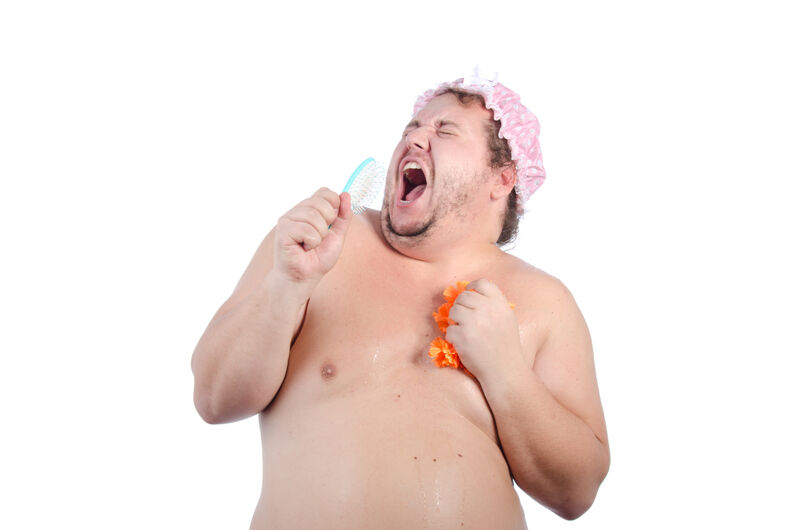 “Ex-gay” activist Robert Oscar Lopez is not the sharpest tool in the shed. Raised by a lesbian couple, the married man is a professor at Southwestern Baptist Theological Seminary and regularly attacks his deceased mother as abusive for loving another woman.

He’s also an “ex-gay” activist who manages to claim the mantle of “bisexual” as well.

“When I came out as bisexual, they told everyone I was lying and just wasn’t ready to come out of the closet as gay yet. Frightened and traumatized by my mother’s death, I dropped out of college in 1990 and fell in with what can only be called the gay underworld. Terrible things happened to me there,” Lopez wrote in an autobiographical screed against same-sex parents.

“I call myself bisexual because it would take several novels to explain how I ended up ‘straight’ after almost thirty years as a gay man.”

Now Lopez is back with “Ten tips for ex-gay happiness” in an article for former Liberty Counsel attorney Matt Barber’s website. And those tips are just as horrendous as you could expect.

Get Ready for Disappointment Because Women Don’t Have Penises

“There are certain perks about being gay that you are going to miss,” Lopez writes as an opener. “Once you commit to not being gay anymore, things will get hard. You are now one of billions of men with nothing special about them. You will compete in the big leagues in search of a wife.”

“Once you go straight, you may go years without sex; nobody wants to hear you cry about it. Once you find your woman, you can’t just blow off things she complains about. You have to sit and listen to her whine about stupid stuff for hours without laughing or rolling your eyes or getting snarky.”

After complaining about having to put up with all that “girl stuff” like feelings and intimacy, Lopez goes on to hammer home the point that they’re also yucky and have vaginas and every ex-gay has to swallow his revulsion and do his “manly” duties.

“Perhaps the biggest transformation signifies the most important change: your sexual identity will no longer be based on what you want, but rather, what you give to a woman. You must abandon the practice of dwelling on whether you like this or are excited by that–the issue now is: what body do you have, and how can it give pleasure to others?” he writes. “You have a penis, which is the basic piece of equipment to bring happiness to a woman (though you must make sure that match is right).”

“But from now on, the quest is not to gratify your penis, but rather to give pleasure to her with it. You will measure your sex life by how happy she is, how pleasured she feels, how much satisfaction she expresses.”

For tip number two, Lopez describes the idea that sexuality is inborn as “The Big Lie.” He admits the only solution is to ignore people who try to point out that every psychological and mental health professional group says ex-gay therapy is damaging to emotional and mental health and doesn’t work.

“The Big Lie consists of propaganda created by nasty queens who wanted to force a bunch of other men into their sex and dating pool,” he claims.

Then he returns to penises. If you fail at being ex-gay, it’s not your fault. It’s almost as if you were born that way.

“Men get aroused from odd things from time to time. Men struggle to find the right girl and make mistakes, even huge ones. That’s all normal.”

Lopez does not say how many times he’s fallen down in a public restroom and ended up with a dick in his mouth. Happens all the time, right?

He tells readers that one solution to being successful as an ex-gay is to occupy yourself. Get a job. Join the gym, but “don’t join one with gay men in it.” Still, he warns that if last night you were “on your knees surrounded by naked men in a sex dungeon in West Hollywood somewhere,” it might take you longer to become ex-gay than others.

“Be around masculine men and pick up their mannerisms and humor. Do not listen to women who say they want sensitive men or an equal share of power in the household; women want leadership, strength, and guidance from men.

“Your lack of experience should not be presented as a downside but as something that boosts your market value. Other men are saddled with hangups from past women who mistreated them. The woman you choose gets first crack at you, and you will make yourself something enviable and inspiring.”

“All the female friends who listened to act like a whining sissy in your gay years are ancient history now. They will find other gays to hold back their hair while they puke,” he writes.

Finally, Lopez suggests joining a gym, reading the Bible, learning how to be a misogynist, and getting “over your revulsion” of women.

“The manosphere may shock you… with its misogyny and vulgarity. But you need to hear the thoughts of straight guys. It will help you stay humble by reminding you that you are now just one of the guys,” he says.

So there you go… how to be an ex-gay explained. All you have to do is deny everything about yourself, join a gym, have toilet sex, and only think about women as sexual objects. Tada!

Why Melania’s anti-bullying campaign should focus on LGBTQ youth