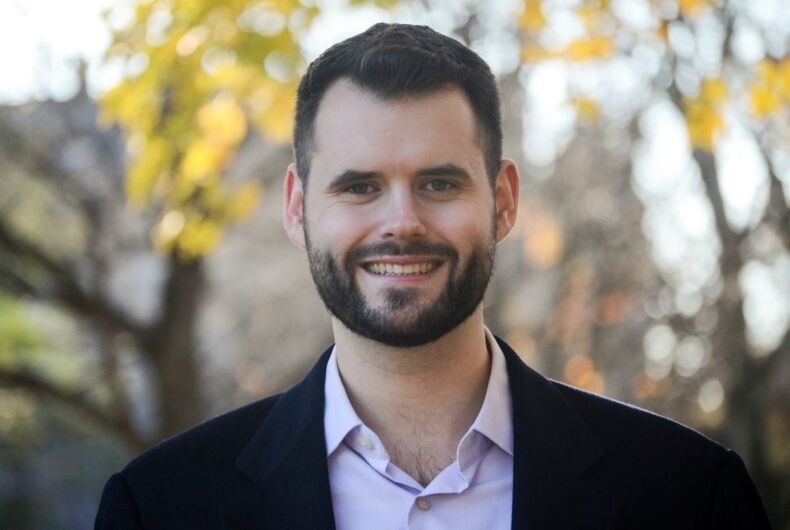 The teenage son of two lesbian moms who took on the Iowa House of Representatives is all grown up, and he’s running for office.

Zach Wahls was just 19 years old when he stood before the Iowa House of Representatives to speak out for marriage equality.

Wahls went on to become the author of the bestselling book, My Two Moms: Lessons of Love, Strength, and What Makes a Family. Along with his sister, Wahls created “The Woman Cards,” a deck of playing cards featuring 15 original, hand-drawn portraits of American women who changed the world.

Wahls, a former Eagle Scout, also waged a successful campaign to get the Boy Scouts to drop their ban on gay scouts.

He’s made news and won hearts. Now, Wahls is hoping to win votes. His latest campaign is for the Iowa state senate.

Wahls is no stranger to politics. He supported President Barack Obama’s reelection in 2012 and even spoke at the 2012  Democratic National Convention.

Now, Wahls is running as a Democrat, for Iowa Senate District 37 seat held by Democrat Bob Dvorsky, who announced last summer that he would not run for reelection.

The primary election is June 5th and Wahls — if elected — would begin his term in January 2019.