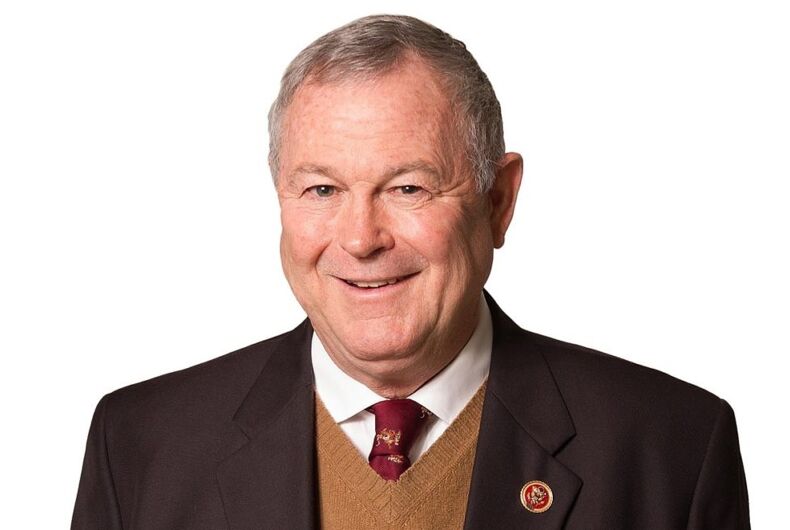 Congressman Dana Rohrabacher has voiced his support for allowing anti-LGBTQ housing discrimination, and Equality California is letting him have it.

Rohrabacher made his comments indicating his support for housing discrimination against LGBTQ people two weeks before the most competitive primary of his career against a total of 15 challengers. Such discrimination has been illegal in California for almost 20 years.

According to the Orange County Register, the Congressman told a delegation from the Orange County Association of Realtors on May 16 “that he opposes extending the 50-year-old Fair Housing Act to gays and lesbians.”

“Every homeowner should be able to make a decision not to sell their home to someone (if) they don’t agree with their lifestyle,” Rohrabacher told the members.

Rohrabacher’s comments cost him the support of the powerful National Association of Realtors, but he has doubled down on his comments since the meeting.

“We’ve drawn a line on racism, but I don’t think we should extend that line,” Rohrabacher told reporters. “A homeowner should not be required to be in business with someone they think is doing something that is immoral.”

“Californians decided years ago that we don’t support housing discrimination — not based on race, not based on religion and not based on sexual orientation or gender identity,” Equality California Executive Director Rick Zbur said. “And while Dana Rohrabacher may think it’s okay to discriminate against people because of who they are or whom they love, Orange County families don’t.”

“His full-throated endorsement of discrimination is just one more reason that Rohrabacher doesn’t deserve to represent Orange County in Congress.”

In the face of a losing battle Dana has decided to attack those vulnerable among us.

We fight for the Rights of all people.

Join me @NAR We can #fireDana together.

Pride in Pictures 1977: Queers with disabilities fight extra battles for visibility and equality

Was gay Portland State student Anthony Salazar the victim of a hate crime on a train?