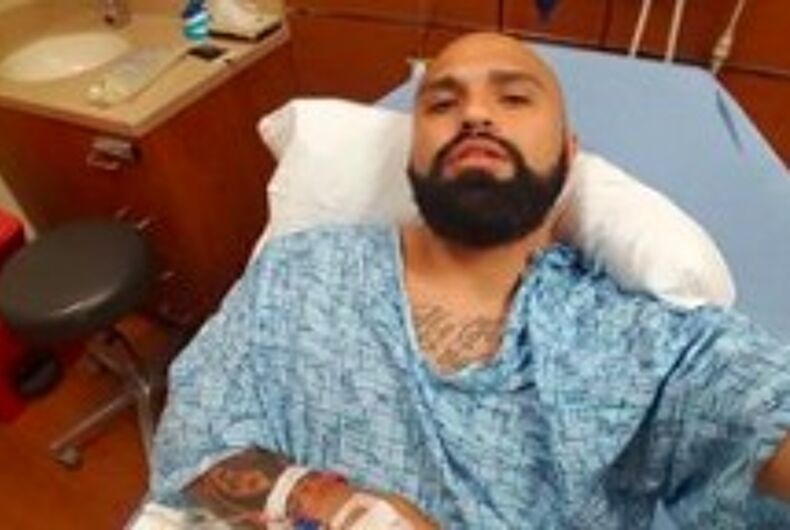 A surviving victim of the Pulse massacre is now on the religious conversion-therapy circuit.

Luis Javier Ruiz, 49, is the headliner at a May 5 event called the Freedom March, at DC’s National Sylvan Theater, an outdoor venue near the Washington Monument. It’s organized by the fundamentalist Christian group Voice of the Voiceless, based in Manassas, Virginia.

The June 12, 2016, massacre at the Orlando, Florida, nightclub killed 49 people during three hours of terror. Police eventually killed the shooter.

On Facebook, Ruiz identifies himself as a former U.S. Army soldier from Puerto Rico. His post from April 28 describes his conversion.

“I should have been number 50,” he wrote. “Going through old pictures of the night of Pulse a memory were my struggles of perversion, heavy drinking to drown out everything and having promiscuous sex that led to HIV my struggles were real!

“The enemy had its grip and now God has taken me from that moment and has given me Christ Jesus. I’ve grown to know his love in a deeper level.”

One year after the 2016 massacre, which was then nation’s deadliest, Ruiz was profiled by a Catholic publication in Florida.

“I survived because I believe God still has a purpose for me,” he told the publication, which noted he received benefits from Catholic Charities, an organization that fights adoptions by same-sex parents.

The Florida Catholic news site does not mention Ruiz’s current affiliation with the fundamentalist Christian group in Virginia. That group’s founder, Daren Melh, says he was gay 10 years until God changed him.

Related: Conversion therapist found guilty of having sex with his male patients

A number of former converts have exposed such religious claims, and gay-rights groups vehemently oppose the practice of conversion therapy.

Medical and mental-health authorities debunk it as dangerous, particularly for youth. Hawaii and Maryland are the latest states with pending legislation to ban it for youth. They would join 10 other states, the District of Columbia and dozens of cities that ban it as well.

1,000 drag queens will ‘welcome’ Trump to London when he visits