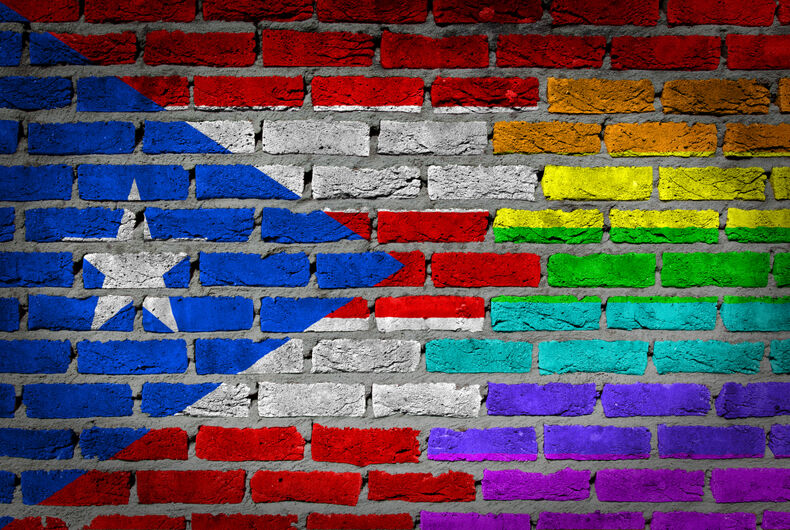 Scott said that the United States should “respect the will of the people of Puerto Rico.” Last year the US territory held a referendum, and more than half a million voters backed statehood.

Congress would need to approve any changes to Puerto Rico’s status. Scott is running for the US Senate against incumbent Bill Nelson, and made his remarks during a campaign stop. Thousands of Puerto Ricans came to Florida after Hurricane Maria, and could play an influential role in the election.

What would statehood mean for LGBTQ rights in Puerto Rico, which was also home to many of the victims of the Pulse mass shooting in Orlando, Florida?

Related: Someone tried to bomb a gay nightclub in Puerto Rico

As a US territory, all federal laws apply to Puerto Rico, even though residents have no voting representation in Congress. So, same-sex marriage is legal in Puerto Rico.

Any federal laws that Congress passes, like the Employment Non-Discrimination Act or the Equality Act, would automatically apply to Puerto Rico.

However, lack of congressional action hasn’t stopped Puerto Rico from decriminalizing same-sex activity, prohibiting discrimination in employment and housing, or allowing transgender persons to change their gender without surgery legally. In fact, the island has more protections for LGBT people than most states.

Scott has a point, though. It’s well past time for Puerto Rico to become a state.

It may not give the island any more LGBTQ protections than it already has, but maybe they would have their electricity restored by now.

Why are the major travel associations aligning themselves with anti-LGBT forces?