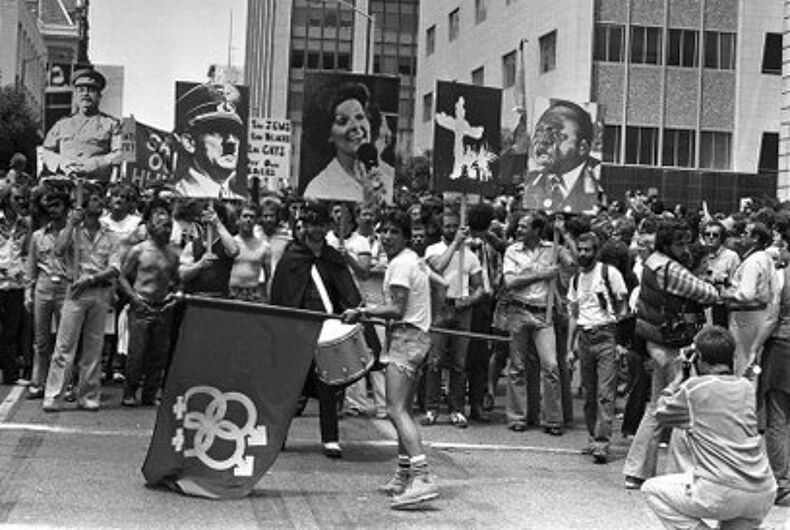 Pride has always been about protest, and our Pride celebrations have advanced the cause of equality across the nation and around the world.

The cause has always been intensely personal as well as political. More and more people came out, and more of them were brave enough to assert their rights. There is undeniable strength in numbers.

Their visibility sometimes came at an enormous personal cost, but the result was more visibility, more acknowledgment, more freedom. LGBTQ people took their cause to statehouses and city halls, and some U.S. cities passed non-discrimination ordinances in their support.

But the backlash was simmering, and it erupted in Miami/Dade County, Florida, where singer-turned-orange-juice-pitchwoman Anita Bryant rallied conservative Christians with a “Save our Children” campaign that overturned the ordinance in 1977.

The former Miss America then rode the hate wave across the nation.

Bryant’s crusade carried to California through for the Briggs Initiative, which would have banned gays, lesbians and their supporters from working in public schools. But LGBTQ people rallied, and they called her out. They warned their fellow Californians of such government intrusion into their personal lives.

The ballot measure failed in November 1978.