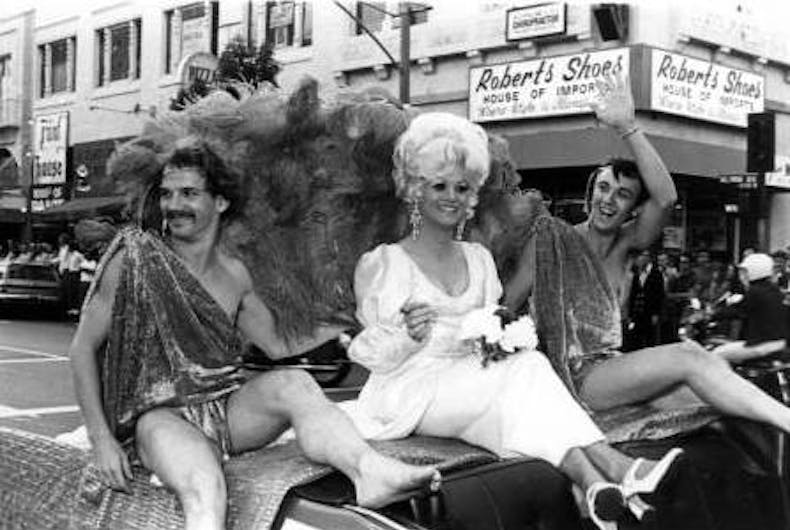 A drag queen and her subjects ride in a convertible in the Los Angeles Christopher Street West pride parade, June 27, 1971.Photo: Lee Mason / ONE Archives Foundation

Just as they’d led the Stonewall riots, in June 1969, so did drag queens reign at the first Prides. Here, a queen and her sparkly subjects exude glamor as they ride in a convertible the Los Angeles Christopher Street West Pride Parade in 1971.

That was the second LA Pride. Both LA and San Francisco had West Coast prides timed with the first New York City celebration, in 1970.

Giving the queen some backup at 1971 LA Pride was an ingeniously phallic entry — the “cockapillar.”

The next time you watch TV in Palm Springs, keep this in mind

Here are the 10 most popular gender-nuetral baby names