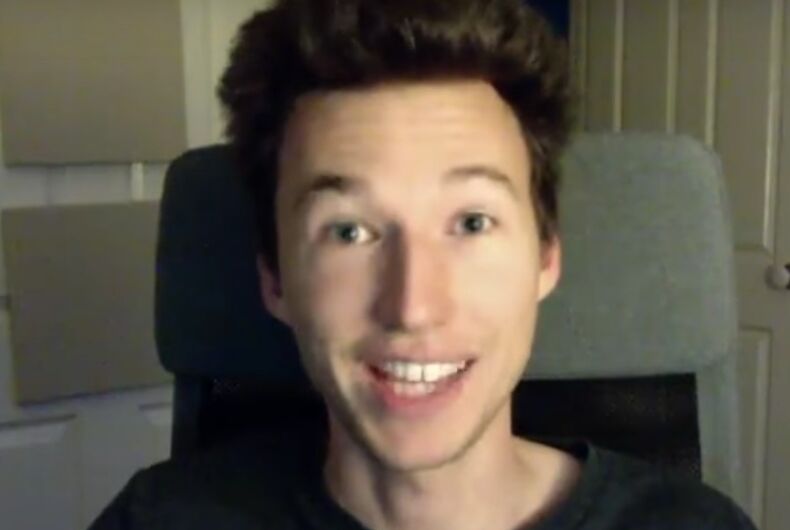 A popular electronic musician made in a video to express how much he hates gay men.

Nick Bertke, who goes by Pogo on YouTube, is a musician from South Africa who lives in Australia. He has made seven albums since 2010 and his clips on YouTube get tens of millions of views.

His viral success online led to work for Pixar, the Pokemon Company, among others.

His YouTube channel is called “Fagottron.” Earlier this month, he uploaded a video explaining why he chose that name.

“I’ve always had a very thorough dislike of homosexuals,” he says. “I’ve never liked a grown man acting like a 12-year-old girl. I’ve always found that to be quite disgusting. And so I thought to myself, how best can I express to the world that gays are just an abomination?”

“To be a bit more P.C. about it, how can I express to the world that I view gays as an abomination?” he said, correcting himself.

He doesn’t really explain why he took the name “Fagottron” for himself as a way to express hate for others, but he did say he “wanted to be subtle.”

Because “faggot” is such a subtle word. It’s subtle like the Pulse shooting, which Bertke said he was cheering on. Then he laughed as he mentioned gay people being murdered.

The video was uploaded earlier this month, but remained unlisted. Someone posted it to Reddit recently, bringing it to people’s attention.

Commenters on his YouTube channel say they’re disappointed, but Bertke’s hatred has a history. He has written multiple blog posts and made a video denigrating women.

“I’ve always found that the more I treat a woman like a child, the stronger the relationship, the better the sex, and the more often it happens,” he said in a 2015 video. “Discipline, reprimand, and complete indifference. I think the feminine woman craves the attributes of a firm father in the man she enters a relationship with.”

In a blog post, he said feminism “raises a breed of self victimizing gold diggers” and is “self-entitling social status posing as a humanitarian ideology.”

He later claimed that the blog posts and video were a “social experiment,” but he has also appeared on alt-right podcasts to complain about political correctness, feminism, and how people are calling out rape culture.

In 2016, he released a song that was remixed Donald Trump samples.

“Trump is such a crazy fucker that I couldn’t resist mixing him up,” he said.

Pogo’s biggest hit was a remix of Alice in Wonderland clips that’s been viewed over 20 million times.