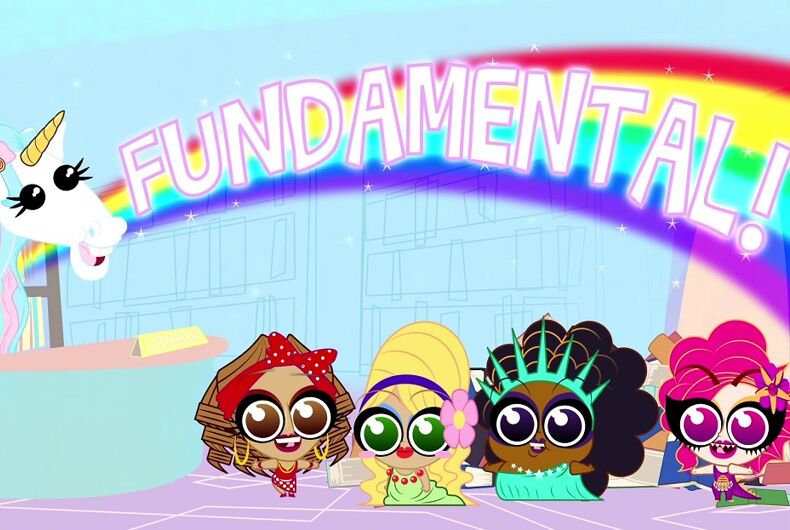 World of Wonder is coming out with an animated series about drag queens.

The cartoon – Drag Tots – will feature the voices of queens from RuPaul’s Drag Race. Bianca Del Rio, Adore Delano, Latrice Royale, Detox, Valentina, and Ru herself will all voice characters on the show.

The show is about queens who use their glitter powers to fight evil, with help from their school’s mascot Corny the Unicorn.

The show premiers on WOW Presents Plus on June 28.

Are straight black men the white people of black people?

Tom & Abby from ‘Queer Eye’ got remarried. There are pictures & OMG.