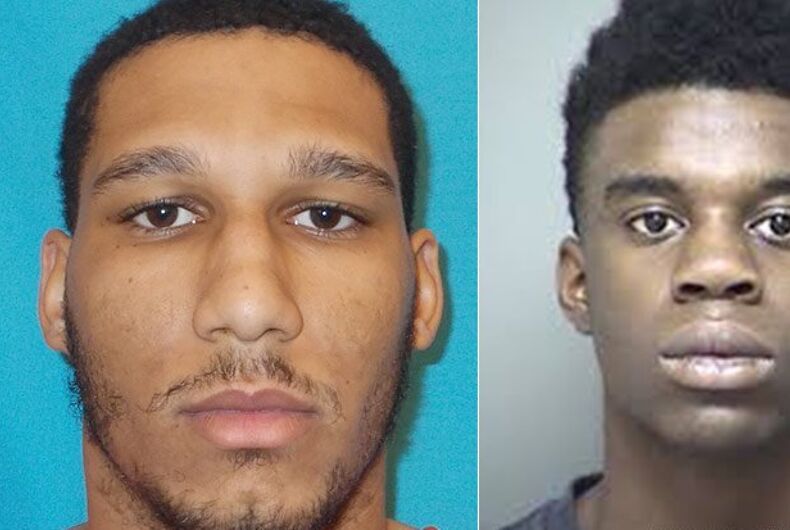 Two more Texas men have been sentenced of federal hate crimes for assaulting a gay man they had contacted on Grindr.

Through plea agreements, Anthony Shelton, 20, was sentenced to 20 years, and Cameron Ajiduah, age 19, to 15 years for the attack, the federal Department of Justice announced April 30.

They both admitted that they and a third man, Nigel Garrett, had used Grindr to meet the victim at his home.

They restrained him with tape, physically assaulted him and made derogatory statements about his sexual orientation, the DOJ said.

They also used a firearm, and they stole his vehicle.

An 18-count federal indictment had charged Shelton, Ajiduah, Garrett and Chancler Encalade with hate crimes, kidnappings, carjackings and use of firearms to commit violent crimes in Plano, Frisco and Aubrey, Texas, in early January 2017.

Earlier this year, Garrett was sentenced to 15 years and Encalade to 10.

“This case highlights the danger of the internet and specifically, online apps,” said U.S. Attorney Joseph D. Brown, for the eastern district of Texas. “In this case, the defendants misused the internet for sinister purposes in order to target an innocent man based on his sexual orientation, causing him bodily harm and damage to his property.”

“The Department of Justice will not tolerate any act of violence targeting individuals based on their sexual orientation, gender identity, race, color, religion, disability or national origin,” Gore said.

He said the DOJ is committed to using every tool at its disposal to combat this type of violence.