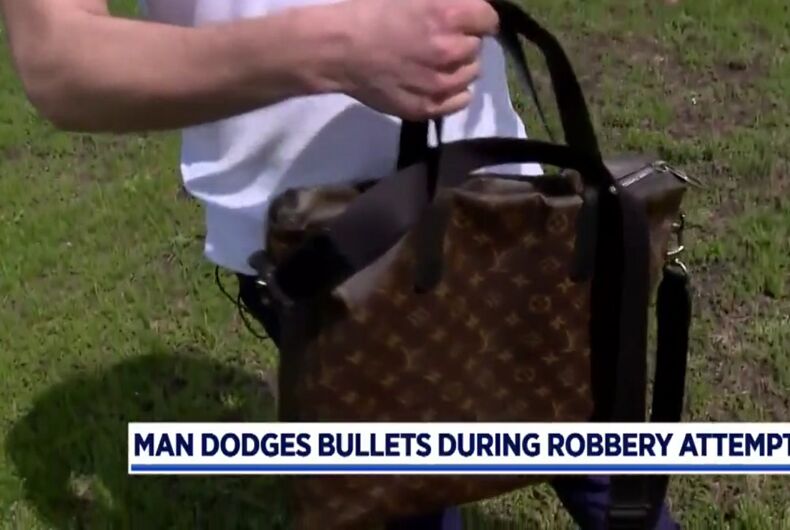 Jerad Kluting of Holland Township, Michigan, was mugged on Monday but refused to give up a prized possession: his Louis Vuitton handbag.

Kluting was walking along a street at around 5 p.m. when a robber pulled out a gun and demanded his handbag. He refused to hand it over, and the robber fired three warning shots.

“It happened very fast. In one motion he took the gun out of his waist belt and with the other hand put up a bandana over his mouth and pointed, was like, ‘Give me your bag,'” Kluting said.

“I was like, ‘You’re not getting my Louis Vuitton.’ I worked very hard for this and this bag I’ve had forever and it means a lot to me. I wasn’t about ready to relinquish it to some thug that was going to demand it from me.”

Kluting said that he loves his $1700 handbag because it took him a while to save up to buy it.

“It means a lot to me,” he said. “It represents me. I wasn’t about to relinquish my personal property.”

“As my grandmother would say, if you’re born to hang, you’ll never drown,” he said, referring to an old proverb used to qualify good luck.

Law enforcement officers don’t recommend holding on to property if you get mugged; your life is worth more than any object.

But Kluting says he did the right thing. “I got my bag. He can pry it out of my cold dead hands.”