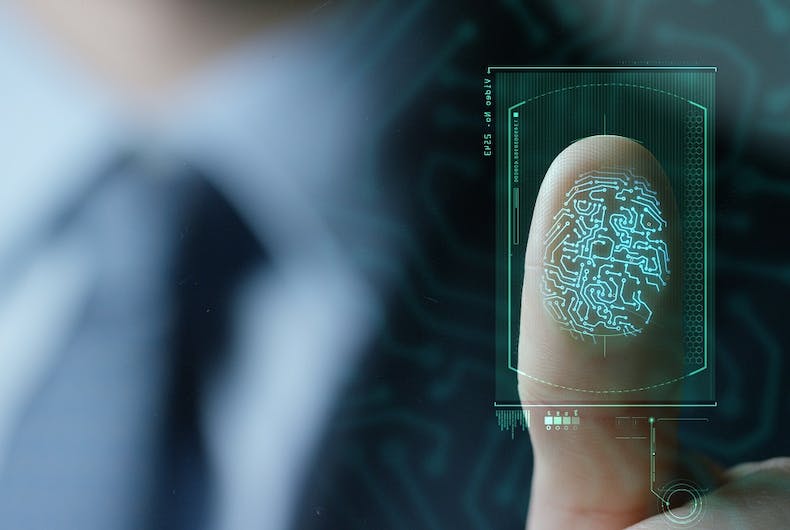 A company that does background checks for the FBI has come under fire for the offensive way it refers to transgender people.

A Twitter user was going through Biometrics4ALL for a background check. Biometrics4ALL is an FBI Approved Channeler, which means that is collects biometric information like fingerprints and submits it to the FBI.

Amber Labelle went to their website to fill out a form and found that their choices in the drop menu were just about the worst that they could be. In addition to male and female and several forms of “unknown,” users could pick “male impersonator” and “female impersonator.”

Labelle found that other channelers don’t use the same language.

And here is their competitor, @Fieldprint, who I chose for my biometrics. Clearly this #biometrics company has a more accurate, compassionate and inclusive gender definitions. pic.twitter.com/LvMooYlZua

She emailed the company and was told that the FBI sets this standard, and they’re just following it.

“Unfortunately we are unable to make the change as this is actually the FBI’s Specification, which we have no control over as it is required for the submissions to go thru,” a representative of Biometrics4ALL responded.

When I emailed the company to point out their gender choices were inaccurate, discriminatory and exclusionary, I got this response from @iLiveScan’s Randy Morehouse: pic.twitter.com/Rpy6p0g3pw

The reason Biometrics4ALL pointed to the FBI is that the FBI produces a document called the Electronic Biometric Transmission Specification (EBTS) that serves as a guide for how data should be submitted.

The section on gender says to submit the data with the same categories that Biometrics4ALL uses.

The same language appears in state and local forms, like this fingerprint application from Maryland.

Someone else saw the same categories for getting fingerprinted at NASA several years ago.

An airport in Texas just asks for the applicant’s sex, but includes this list that shows the possible codes for that field.

Many forms that accompany biometric data, though, don’t use this language, just as Labelle pointed out when she looked at the form that one of Biometrics4ALL’s competitors uses.

Those differences could come from form designers ignoring the FBI schema; if they don’t include the female/male impersonator options, then no one’s data will be submitted with those codes, but everyone’s data will still have a valid gender code attached to it.

A systems administrator suggested on their blog several years ago that the public should submit comments to the FBI to deprecate the female/male impersonator categories.

“We need to let the forms designers know that the spec needs to be selectively ignored,” they wrote. “The deprecation notice does that.”

In the meantime, it appears that the FBI doesn’t know much about the appropriate language to use here. This form, used by the FBI to compile information from state and local law enforcement about violent criminals, includes “transvestite,” “homosexual,” “bisexual,” and “heterosexual” as possible choices in the category “lifestyle characteristics” along with “gang member,” “recluse/loner,” and “promiscuous.”

Are Democrats about to throw away the midterm elections?