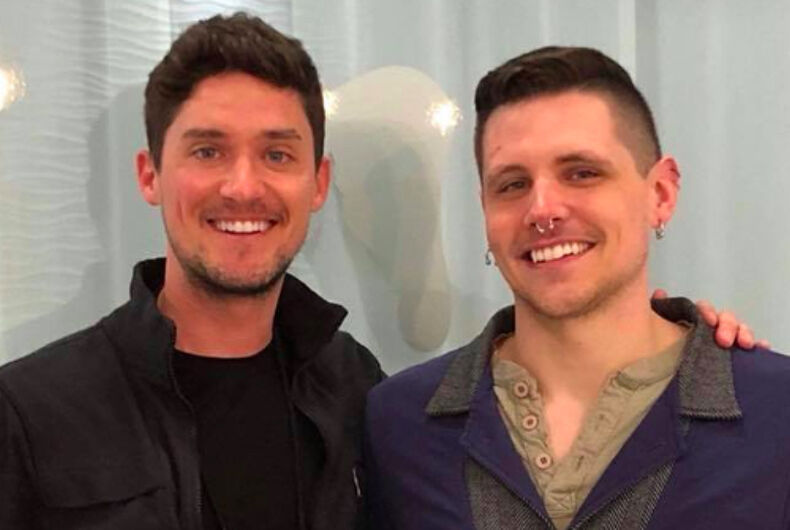 A DC man attacked two weeks ago in an apparent hate crime now has a reason to smile — thanks to a local dentist.

Zach Link was one of two gay men violently attacked by three men on northwest Washington’s U Street on April 15. He and his companion were kicked, punched and beaten by attackers using gay slurs. One was left unconscious. The other had a broken nose.

“All I did that night was cry about how my teeth had been broken,” Link posted to Facebook. “It has been a lot more difficult mentally to see and feel my damaged teeth than I wanted to admit.”

Contacted by DC’s WJLA TV, the dentist said he didn’t do it with any plan to benefit himself or the practice. As a member of the LGBTQ community, he said he was just giving back.

“Zach came in with remarkable and visible damage to several of his front teeth, the result of severe and aggressive punching and kicking to his face,” Banks said in the statement. “Zach came into the office and after a few hours walked out with a restored smile.”

Police have released video of the attack, and they’re offering a reward of up to $1,000.

Is there a term for environmental oppression? There is now.