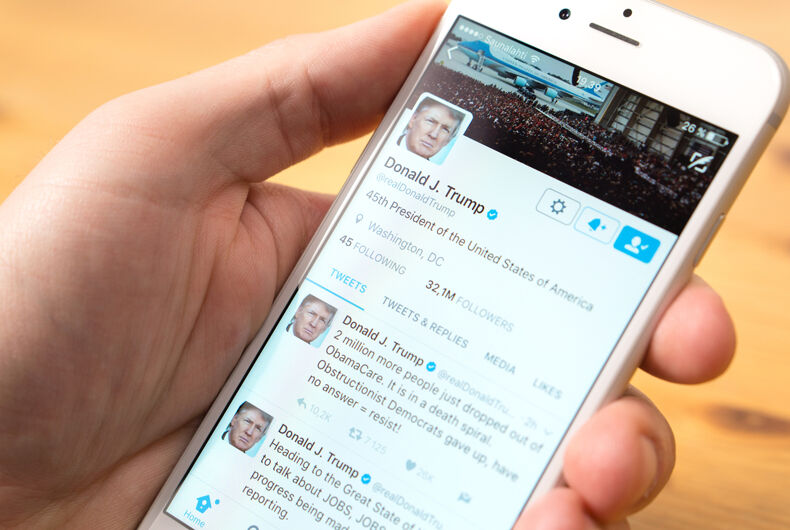 Presidential speechwriters have always had to translate their boss’s speaking style into writing, but the Trump White House has taken things to a whole new level.

Trump’s staff purposefully includes misspellings into his tweets, and they even take pride in doing so because it helps convince his base that he has the ”common” touch. They even compete to see who can write the best worst tweet.

That’s right. Trump’s staff fakes incoherent tweets to boost his authenticity with the base.

They’ve gotten so good at it that it’s hard to tell which tweets are really from Trump. Can you tell? We can’t.

…Such poor leadership ability by the Mayor of San Juan, and others in Puerto Rico, who are not able to get their workers to help. They….

…want everything to be done for them when it should be a community effort. 10,000 Federal workers now on Island doing a fantastic job.

Huma Abedin, the top aide to Hillary Clinton and the wife of perv sleazebag Anthony Wiener, was a major security risk as a collector of info

Our Southern border is unsecure. I am the only one that can fix it, nobody else has the guts to even talk about it. http://t.co/ujz3jENIYo

Now that the three basketball players are out of China and saved from years in jail, LaVar Ball, the father of LiAngelo, is unaccepting of what I did for his son and that shoplifting is no big deal. I should have left them in jail!

It's freezing and snowing in New York–we need global warming!

Many people have said I’m the world’s greatest writer of 140 character sentences.

I hereby demand, and will do so officially tomorrow, that the Department of Justice look into whether or not the FBI/DOJ infiltrated or surveilled the Trump Campaign for Political Purposes – and if any such demands or requests were made by people within the Obama Administration!

How low has President Obama gone to tapp my phones during the very sacred election process. This is Nixon/Watergate. Bad (or sick) guy!

Sad to see the history and culture of our great country being ripped apart with the removal of our beautiful statues and monuments. You…..

Why would Kim Jong-un insult me by calling me "old," when I would NEVER call him "short and fat?" Oh well, I try so hard to be his friend – and maybe someday that will happen!

Sorry losers and haters, but my I.Q. is one of the highest -and you all know it! Please don't feel so stupid or insecure,it's not your fault

Pride in Pictures 1976: The spirit of youth wins the day for a better future