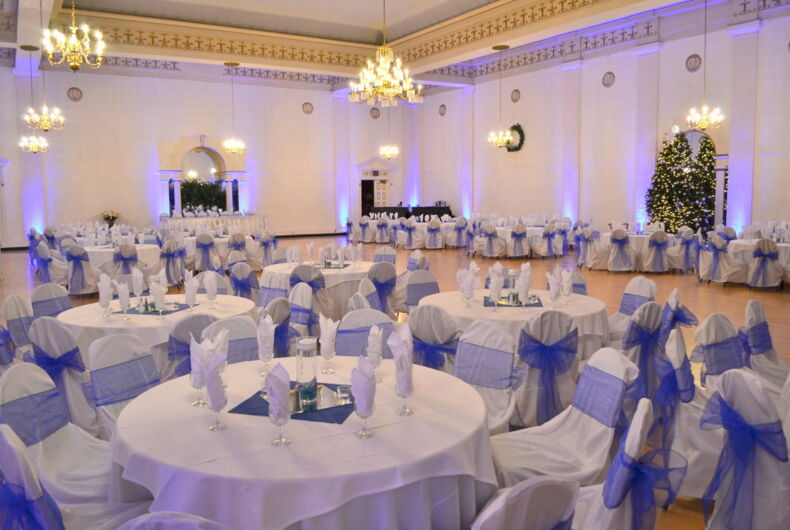 A event-hosting business is suing a church in Oregon, arguing that the church’s homophobia ruined the business.

The Holy Rosary Church in Portland, Oregon, which is Catholic, owns a large building with offices and an event center. The church contracted Ambridge Event Center to manage the property from 2008 to 2015.

In February, 2015, the organization PFLAG Portland Black Chapter contacted Ambridge about using the space, and they were refused, citing the Holy Rosary Church’s request that LGBTQ groups not use the building.

“She basically told us that because we were an LBGT organization, the church doesn’t approve,” said Khalil Edwards, director of PFLAG.

The contract between Ambridge and the church includes a morals clause which doesn’t allow Ambridge to use the space for “any activity that would be offensive or disreputable to the owner.” Ambridge said that the church “was explicit” that this means any LGBTQ group.

The resulting negative press that came from refusing to host the PFLAG chapter’s event caused Ambridge to lose business, including government contracts.

“Even businesses and government entities that had previously scheduled events with Ambridge who were not affiliated with the LGBTQ community but had equity-driven internal policies, refused to work with Ambridge after reading or hearing about the discriminatory policy involved in its employment relationship with the Church,” the lawsuit says.

Ambridge offered to host the PFLAG chapter’s event for free and hired a gay man to try to counteract the bad press. But in December 2015, the church issued a notice of termination of commercial lease, effectively evicting Ambridge from the property.

The complaint says that this was retaliation for hiring a gay man and trying to make amends with PFLAG.

Oregon law has an exemption for religious organizations, but it only applies if “the use of facilities is closely connected with or related to the primary purposes of the church.”

Ambridge, which has gone out of business, is asking for almost $2 million in lost income from the breach of contract and $250,000 to compensate them for improvements in the building. They’re also asking for attorney fees.

The church hasn’t commented on the lawsuit.

This state just reminded us how connected LGBTQ rights & feminism are