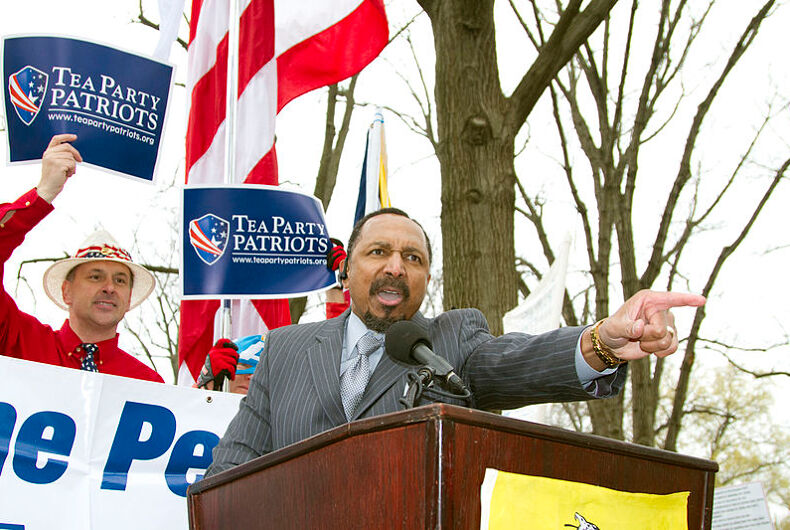 African-American anti-LGBTQ zealot Bishop EW Jackson is claiming that America has never been a racist country.

Jackson, who is running for the GOP nomination to challenge Virginia Senator Tim Kaine in November made the statement during what he billed as ”a groundbreaking speech on race in America.”

“We must reject the idea that America has ever been a racist country,” Jackson said in his speech. “It has not.”

Jackson insisted that “America has never been a racist country” because “it was actually Arab Muslims who were the first to enslave sub-Saharan Africans.”

Far from being ”groundbreaking, ” Jackson’s speech consisted of the kind of pseudo-history and misinformation for which he’s well known.

In 2013, during his failed bid to become Virginia’s Lt. Governor, Jackson warned that same-sex marriage would lead to bestiality.

During a radio interview, Jackson defended calling gays and lesbians ”very sick people”, saying that he thought only Christians were listening.

Jackson has claimed in the past that his anti-LGBT statements were taken out of context. It’s difficult to see how he can make the same claim this time.