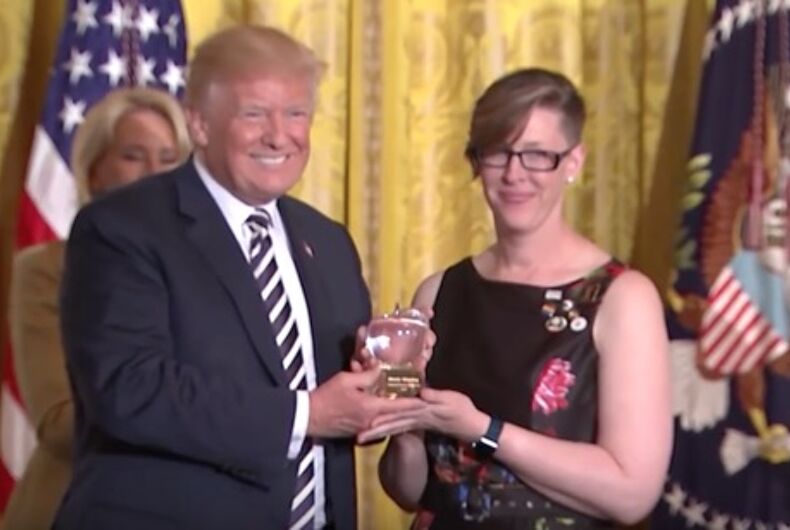 President Donald Trump presents Mandy Manning with the 2018 Teacher of the Year award at a White House ceremony.Photo: screenshot

After sending a silent message to Donald Trump, 2018 Teacher of the Year Mandy Manning finally had her say.

Manning said she wasn’t allowed to give her speech, which included reference to her immigrant, refugee, and LGBTQ students. She said she was told there wasn’t enough time.

The 19-year classroom veteran found a way to make her point during her short time with Trump. Manning, who leads a classroom for teenage refugees, didn’t applaud when Trump arrived for the ceremony or shake his hand after receiving the award.

Manning made headlines for handing him a stack of letters from her students. She also wore buttons expressing support for the Women’s March and LGBTQ equality.

Manning was able to read part of her speech on CNN during an interview with Van Jones.

“I am here for refugee and immigrant students, students in the Gay-Straight Alliance, ” Manning said.

Politicians are using ‘preemption’ laws to fight LGBTQ rights. Here’s what that means.