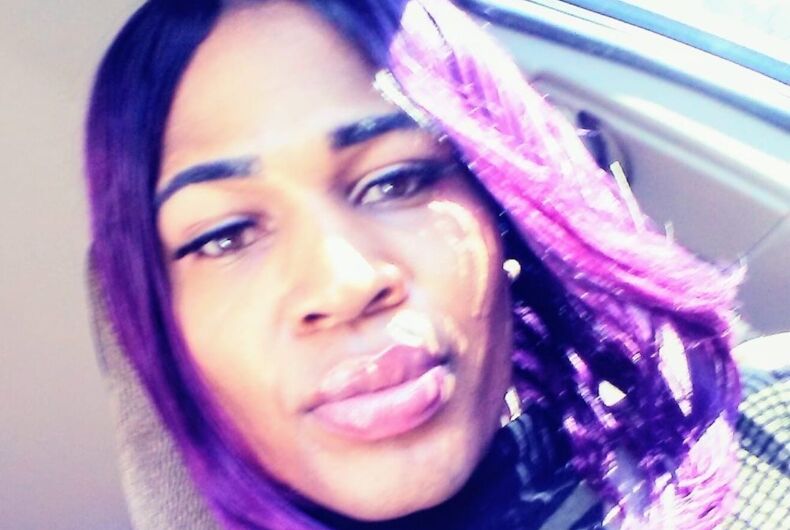 Sasha Walls, a transgender woman from South Carolina, was shot and killed on Easter morning but police don’t have any clues yet who killed her. Walls was shot multiple time inside her car.

Authorities say Walls’ car idled in the middle of a country road for over two hours with her body slumped over the steering wheel as motorists drove around without stopping. Once someone pulled over to check on her welfare, it was too late.

A small caliber bullet was recovered from the driver’s side door. Authorities say it appears the shooter was in the passenger seat or fired from outside the car with the passenger side door open.

Walls is the eighth known transgender woman murdered in the United States in 2018. Transgender women of color are particularly vulnerable to attack and, as happened in Walls’ case, frequently misgendered in media and police reports.

The Chesterfield County Sheriff’s Department does not have a suspect in the case and are appealing to the public for help. Please call investigators at 843-623-2101 if you have any knowledge of the crime.

These ‘Drag Race’ stars were attacked at a kabob shop. They got the last laugh.