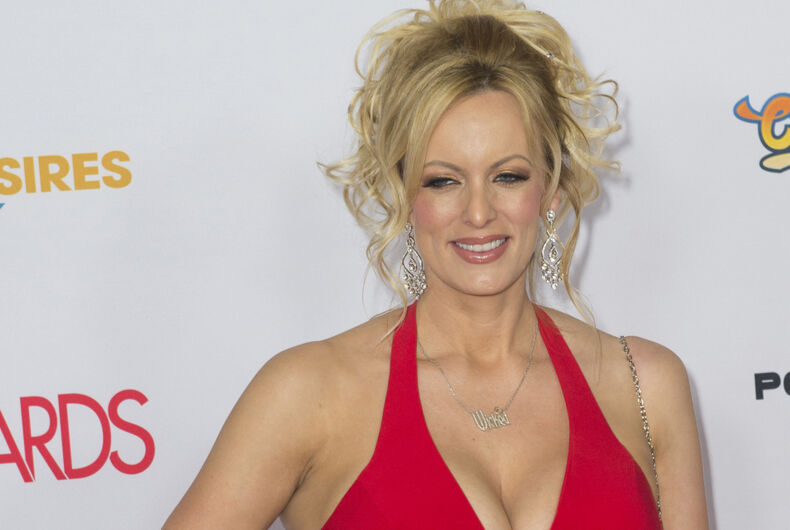 For a moment, it looked like the religious right leadership may be taking seriously President Trump’s apparently violation of the commandment condemning adultery. According to a story on NPR, “concerned” evangelicals were planning a meeting with Trump to talk to him about his relationship with and alleged payoff of adult film star Stormy Daniels.

File that under “Too Good to be True.” In a radio interview, Tony Perkins, president of the hate group Family Research Council, says that religious right leaders have no intention of bringing up Trump’s extramarital activities. All that matters is the politics.

“The president is actually keeping his promises that he made two years ago,” Perkins said, “and so his agenda is actually in jeopardy—which is an agenda that we agree with—is in jeopardy because so many evangelicals and conservatives are frustrated with Congress and they are likely not to show up and vote in the fall.”

In other words, it’s a get-out-the-vote strategy session.

Of course, Perkins’ defense of Trump is hardly a surprise. This is the man who said Trump should get a “mulligan” on his pre-presidential behavior, as if God was running a celestial golf course.

Perkins’ comments are yet another proof point for the argument that the religious right leadership cares more about politics than morality. Maybe when Trump said that he could “stand in the middle of Fifth Avenue and shoot somebody and not lose any voters,” he already knew that the Perkins and company were ready to let him get away with murder–figuratively, of course.

A couple was attacked for holding hands at Miami Pride. How police reacted made it worse.