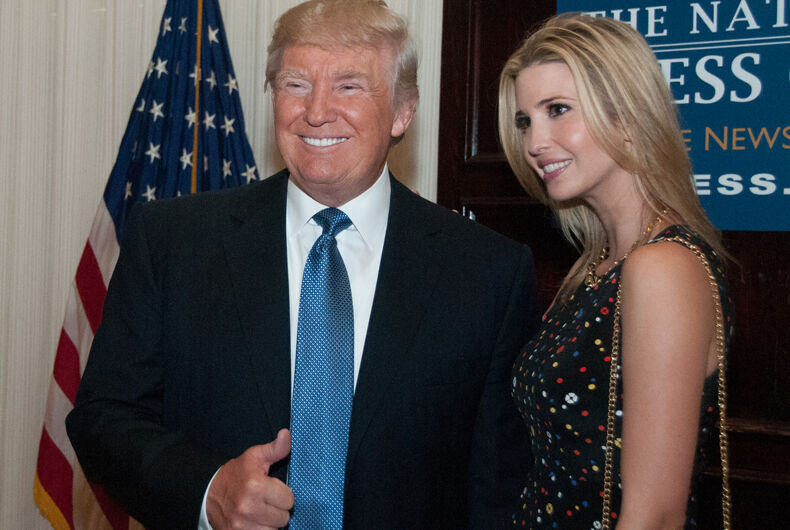 In a passage from her new memoir, Make Trouble: Standing Up, Speaking Out, and Finding the Courage to Lead, Richards reveals that first-daughter-to-be Ivanka Trump and her husband Jared Kushner made an offer that felt like a “bribe.”

The offer came in January 2017, during Donald Trump’s transition as president-elect, after a friend urged Richards to reach out to Trump’s allegedly more progressive daughter.

Richards secured a meeting, and in that meeting, she and her husband learned what many have finally figured out about the president’s favorite daughter. She’s as duplicitous and corrupt as her father. Maybe worse.

Remember when was hoping there was some substance to the groundless suggestion that, given her closeness to him, Ivanka would be a progressive, moderating influence in a Trump White House?

Well, that’s all over now. It was never a reality in the first place.

The signs were there all along. Last summer, following her failure to move her father on issues like the transgender military ban and a Pride month proclamation, Ivanka whined that people were expecting too much from her.

This month, Ivanka made it clear she’s never going to stand up for LGBT people, or anyone or anything else.

“When people say, ‘Where is Ivanka and why is she silent on X, Y, Z?,’ they don’t understand how any White House works,” Ivanka opined to the Washington Post.

What people should understand by now is the Ivanka Trump is ultimately going to fall in line with her father’s White House.

Richard’s memoir reveals that from day one Ivanka Trump’s pose was just that, a pose. The fruit doesn’t fall far from the poison tree, and in Ivanka’s case, it fell straight down.

The saccharine smile and vapid charm are a thin veneer covering the fact that Ivanka Trump is as underhanded and corrupt as her dad.

There is, however, one crucial difference between them.

By all appearances, Donald Trump at least seems to believe every lie and “alternate fact” he utters when he utters them. Ivanka seems to be smart enough to know better.