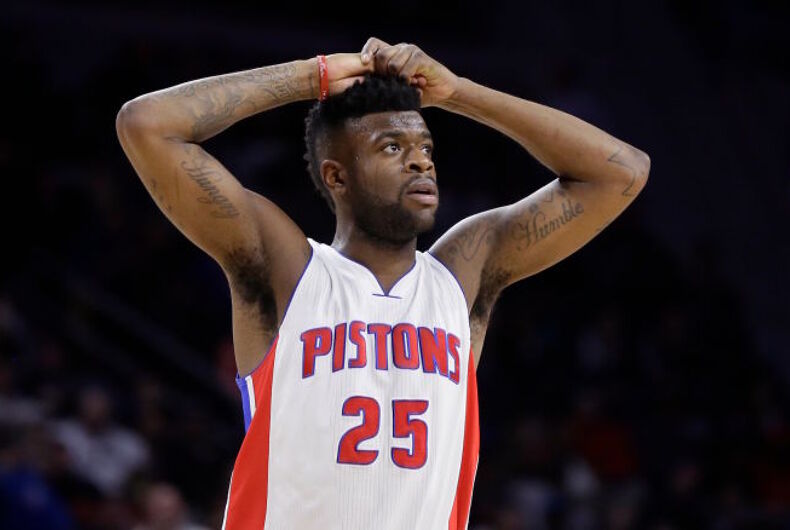 An NBA player showed his LGBTQ tattoo to come out for equality after he saw first hand the violent consequences of transphobia.

Reggie Bullock, who plays for the Detroit Pistons, has a tattoo that says “LGBTQ” on his left calf.

Earlier this year, Bullock wore shoes with “Equality” written all over them and his sister’s name on the soles at a game against the Atlanta Hawks.

He is also working with GLAAD to become a spokesperson for equality within the NBA.