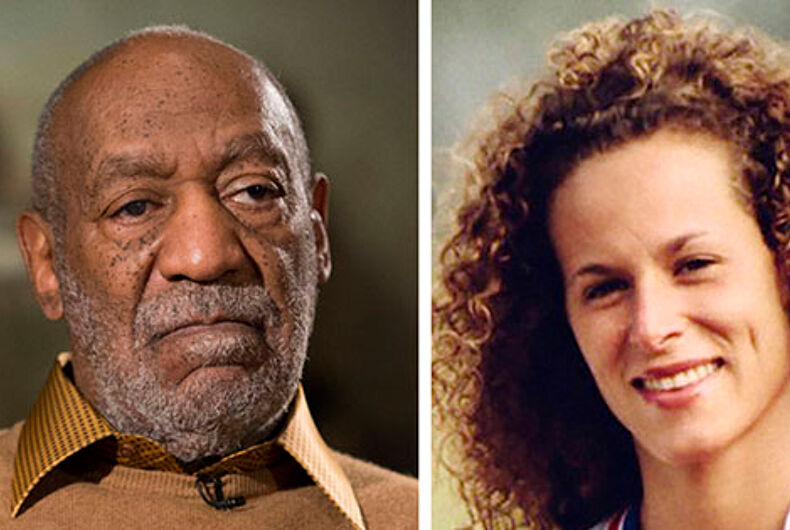 The 80-year-old sitcom star has been accused of sexually assaulting over 60 women. Many of their stories had similar elements, like that Cosby drugged them with Quaaludes.

While many of the accusations have been public knowledge for decades, only one of them was still within the statute of limitations by the time authorities decided to take them seriously: that of Andrea Constand.

Constand, a Canadian basketball player, said she met Cosby when she was coaching Temple University’s women’s basketball team. In 2004, she went to his house, and he gave her Quaaludes but told her that they were an herbal supplement. She remembers he started to touch her.

When she first went to the authorities, the prosecutor declined to prosecute, citing a lack of evidence. She sued Cosby, which resulted in a settlement, and several other accusers came forward during that trial.

In 2014, a bit by stand-up comedian Hannibal Buress brought media attention again to the multiple rape accusations against Cosby. He denied them all, which Constand later argued was a violation of the confidentiality agreement from her settlement with him a decade earlier.

The deposition was released 10 days later (without a judge’s order), and in it Cosby admitted to drugging at least one woman with Quaaludes, although he said that it was consensual. This resulted in a new criminal investigation in 2015 and a trail in 2017, which ended in mistrial.

In the second trial, Cosby’s attorneys asked the court for permission to out Constand, who is a lesbian. The lawyer said that it shows that Constand is “untrustworthy” because she never outed herself to Cosby, although the strategy may have been based on a hope that some of the jurors would be homophobic enough to acquit because the accuser is a lesbian.

CNN reports that the guilty verdict caused a loud reaction in court from Lili Bernard, who also accused Cosby of sexual assault. She and other accusers were crying after the verdict was announced.

“I feel like my faith in humanity is restored,” Bernard said yesterday. “Today this jury has shown that what the #MeToo movement has (been) saying is that women are worthy of being believed.”

Each charge of aggravated indecent assault carries a maximum sentence of 10 years in Pennsylvania. Cosby faces a maximum of 30 years in prison.