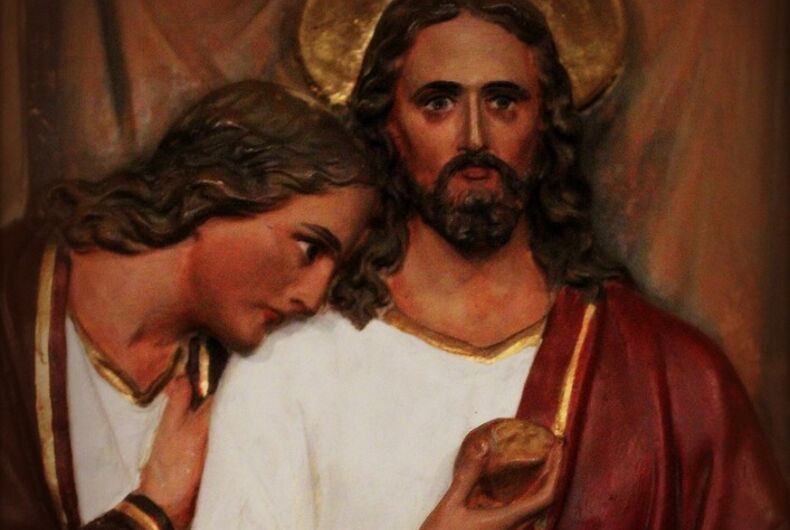 It’s Easter, so it’s only appropriate that someone is talking about Jesus.

In this case that someone is Dr. Tat-siong Benny Liew, chair of New Testament studies at the College of the Holy Cross in Worcester, Massachusetts.

But this isn’t something you’re likely going to hear from the pulpit on Sunday morning.

Citing the gospel of John, Liew said that Jesus was a “drag king” who had “queer desires,” that the last supper was a “literary striptease,” and Jesus was gender fluid.

“…What we have in John’s Jesus is not only a “king of Israel” or “king of the Ioudaioi”, but also a drag king,” he claims in his footnoted and referenced writing. “[Christ] ends up appearing as a drag-kingly bride in his passion.”

Ioudaioi is an Ancient Greek word that commonly translates to “Jew” or “Judean.”

“In addition, we find Jesus disrobing and rerobing in the episode that marks Jesus’ focus on the disciples with the coming of his ‘hour’. This disrobing… does not disclose anything about Jesus’ anatomy,” Liew writes. “Instead, it describes Jesus washing his disciples’ feet. As more than one commentator has pointed out, foot-washing was generally only done by Jewish women or non-Jewish slaves.”

“John is clear that Jesus is an Ioudaios; what John is less clear about is whether Jesus is a biological male. Like a literary striptease, this episode is suggestive, even seductive; it shows and withholds at the same time.”

An article in the school’s independent student journal called Liew’s interpretations “unconventional.” But this isn’t the first time scholars and theologians have suggested that Christ was a little (or more than a little) queer.

The “disciple whom Jesus loved,” also known as “the beloved disciple,” also appears in the gospel of John. His identity and relationship with Jesus have long been the subject of debate.

Referenced six times in the gospel – yet unnamed – the disciple is often thought to be John the apostle, one of the twelve disciples and the author of the gospel itself. At other times, he’s identified as Lazarus, whom Jesus dramatically raised from the dead.

Whoever he was, some people think the disciple described as reclining on Jesus’ chest at the last supper was his gay lover.

Anglican priest Paul Oestreicher preached that Jesus intimacy with John suggested he was gay. Oestreicher wrote in the Guardian that John “clearly had a unique place in the affection of Jesus,” and that at the end of the gospel “John becomes unmistakably part of Jesus’s family.”

Ostreicher argues that Jesus wouldn’t have been truly human if he’d been devoid of sexuality. And today his relationship with the beloved disciple would be interpreted as gay.

There’s something of a literary tradition here. A lost gospel discovered in 1958, known as the Secret Gospel of Mark also goes into homoerotic detail, describing Jesus relations with a “naked youth” who is often identified as Lazarus.

In her Jesus in Love novels, Kittredge Cherry portrays both the beloved disciple and Lazarus as gay, with the former as Jesus’ lover and the latter as his young gay friend.

Reverend Dr. Bob Shore-Goss, openly gay senior pastor and author of Queering Christ and Jesus ACTED UP: A Gay and Lesbian Manifesto, says that not only was Jesus gay, but he was most likely  versatile: both a top and a bottom.

“He broke the rules of his culture, of heteronormativity,” Shore-Goss said in an interview with Vice. “He subverted masculinities and gender codes in his culture.”

So hold your head a little higher in your Easter bonnet when you celebrate the resurrection this year. Not only was Jesus queer, but he might have thought you were cute.

Easter is the holiday for people on the margins of society

National Organization for Marriage head compares himself to Christ for Easter